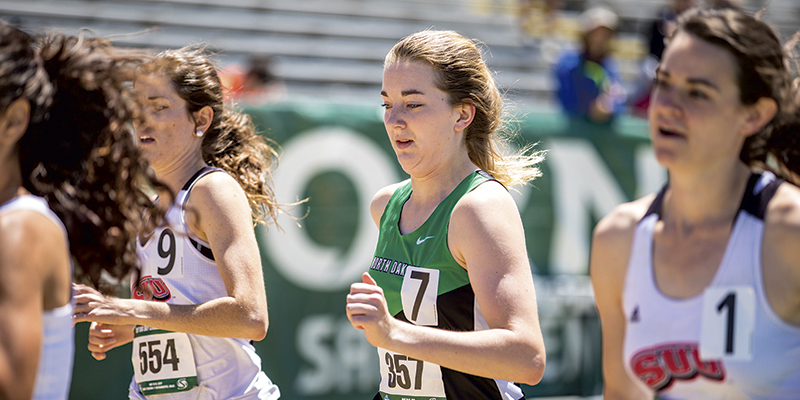 Austin senior Madison Overby wrapped up her freshman season with the University of North Dakota track and field team on a strong note recently.

Overby finished in 13th place in the 1,500 meter run with a time of 4:35.33 at the 2017 Big Sky Outdoor Championship in Sacramento California recently.

Overby also ran for the UND cross country team in the fall.

Hayfield grad Dani Wagner and the Minnesota Gophers had their historic season come to an end over the weekend at the NCAA Regional tournament when Minnesota beat Louisiana Tech twice, but lost a pair of games to Alabama by the score of 1-0 each.

Wagner, a junior center fielder, went 1-for-3 in the final game of the season for the Gophers, who finished with a record of 56-5 overall. Over the four games, she went 3-for-14 with a run scored.

Former Lyle-Pacelli standout Jordan Hart and the Minnesota State University Mankato baseball team had their season come to an end when they were knocked off by Central Oklahoma 3-2 in the Regional tournament in Emporia, Kansas May 21.

Hart played in all four games in the Regional tournament and he finished 5-for-15 with two homers, a double, 4 RBIs, two runs and a walk.