One of two people in drug deal pleads guilty

One of two people arrested April 5 during an alleged drug deal has pleaded guilty. 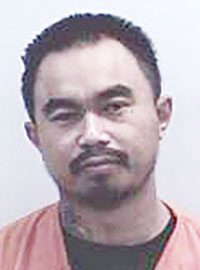 In the same incident, Thania Sanchez, 24, pleaded not guilty last month to felony possessing methamphetamine paraphernalia in the presence of a child, a felony, and gross misdemeanors for fifth-degree drug possession and counterfeit currency-possessing or uttering.

Phathaem is due for sentencing on July 7, while Sanchez is scheduled for an Aug. 14 trial.