On the road to the show; Packers adapted bowling team heading to state 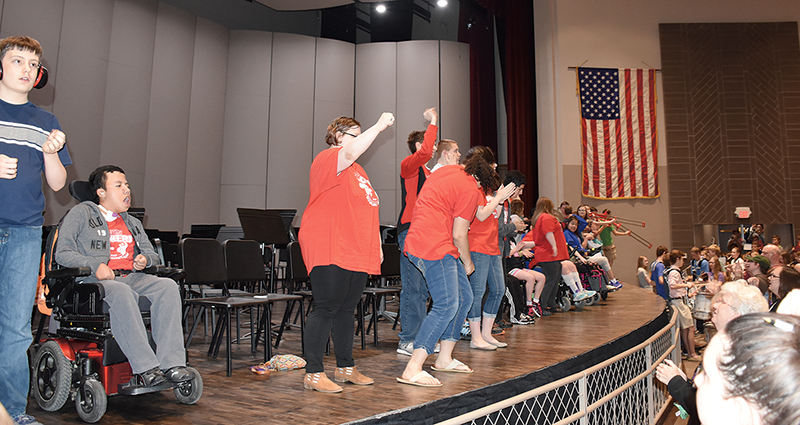 The Austin High School adapted bowling team will compete in the state tournament on Friday, a culmination of the team’s hard work and dedication.

The Austin High School student body packed into Knowlton Auditorium Wednesday during a pep rally to show support for the adapted bowling team. The team sat in chairs on the stage as the band played in their honor.

A pep rally was held for the Austin High School adapted bowling team, who are heading to the state tournament on Friday.

Started in 2005, the adapted bowling team was created to give students with special needs the opportunity to play in a competitive sport and have fellowship with their peers.

“The kids for the most part bowl similar to anyone else,” said Marreel, who is a speech pathologist at AHS. “They don’t use any bumpers or anything.”

According to Marreel, the students set goals and constantly push themselves to do better.

“We bowl for about an hour at the bowling alley and there is a lot of prep work to get them ready and set in their lanes,” he said. “Each day they have asked if they could stay longer so they could bowl more. They’re like any athletes that want to improve.”

Marreel hopes that the team can hold their heads up high, even if they don’t win state.

“I want them to walk away from this and come to the school halls 10 years from now and say, ‘I was a part of something special,’” he said. “I want them to know they are champions already because they set goals and all met them above and beyond.” 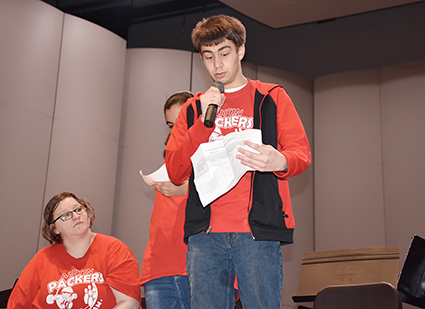 The excitement of heading to state is not lost on the team, especially team Captain Justin Farnsworth.

“There are really no words to describe how it feels to represent everybody and have them cheer you on,” he said. “It’s kind of a hard feeling to explain.”

Farnsworth, a junior at AHS, said the season has been a big ride. For him, it is about the love for the game.

“The lesson is to have fun,” he said. “At the end of the day for me, it’s not about taking home a trophy or a medal. It’s just about going there to bowl and have a good time and make new friends.”

That same sentiment applies to the state tournament.

“To me it’s still a success,” he said about going to state. “It’s still an honor to be there.”

The state tournament will be held at 8 a.m. on Friday at the Brunswick Zone in Brooklyn Center, Minnesota.