No annexation for Lansing Township subdivision 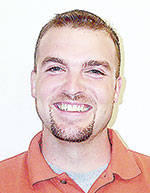 Property owners in a Lansing Township subdivision will have to wait on annexation by the city of Austin for the time being.

Austin Public Works Director Steven Lang has recommended that the city not annex the St. Michael’s subdivision at this time, citing the subdivision’s sewer and septic problems as a concern.

Of the 25 parcels in the subdivision, five had septic systems that were declared an imminent health threat by Mower County Public Works. An additional five were cited for failure to protect ground water.

“The imminent public health threat indicates discharge into a ditch or leaking out of a mound system where there was liquid on the surface,” Lang said. “There needs to be a certain amount of separation between your system and the ground water. The ground treats the water before it gets into the ground water. In this case, the ground water is higher and that separation does not exist.”

The owners of the five properties declared an imminent public health threat will receive letters of non-compliance indicating they have 10 months to fix the problem.

Those cited for failure to protect ground water will have 12 months.

The sewer problems at St. Michael’s have been an issue for some time, according to Shelia Craig, community sewage treatment facilitator for the Southeast Minnesota Wastewater Initiative.

She noted that Lansing Township applied for and received a Small Community Technical Assistance Grant from the Minnesota Public Facilities Authority. That grant allowed them to hire an engineering firm to study how wastewater is being treated and explore options for improved treatment.

While the study recommended receiving treatment from the city of Austin, it also offered other options like treating the sewage at the Lansing ponds or having residents fix and maintain their own individual sewage systems.

Businesses and residents, however, were split on what to do, and many did not get involved in the discussion, according to Craig. This prompted Lansing Township to vote on letting the residence handle their individual sewage problems.

According to Craig, the major sewage issues will continue to be handled by Mower County. The home and business owners will need to work with the county to upgrade their systems to be compliant.

Lang, however, wanted to save Austin the hassle.

“If we were to annex the properties, the sewer issues would still be out there and we would need to develop a comprehensive solution,” he said. “I felt, given the lack of response, we would get the same treatment. I believe this would have extended to other resident concerns that go along with annexation.”

After Lang’s recommendation, Councilwoman Laura Helle said the council should continue to follow up on the process of the enforcement action taken by the county, to which the rest agreed.

Annexation could possibly be considered at a later date.