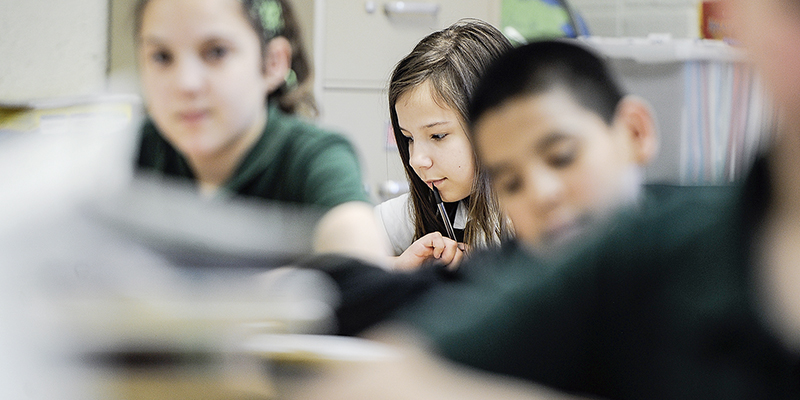 Pacelli Catholic School’s newly-formed leadership team is working to realize a vision set for the schools that weaves more rigorous academics into its curriculum together with an increase in student support.

And overall, Pacelli’s new team is working to continue the Pacelli tradition of a “family community” where students and staff take care of one another, said newly-named president, Jean McDermott.

“We are a place where everybody belongs,” she said.

In April, McDermott was named permanent president of Pacelli after serving as interim president since January.

She joins high school and middle school Principal Laura Marreel, Advancement Director Maddie Bosshart and Business Director Tara  Scott as the administrative nucleus of the school. The team works closely with the school board and board of trustees. McDermott also continues as elementary principal.

Marreel and McDermott will oversee the implementation of a classical curriculum, an idea introduced by a visioning committee and adopted by the Pacelli school board last year. The curriculum will emphasize logic, and critical and independent thinking that teaches rhetoric and the arts of speaking, communicating and writing.

McDermott said the group will visit two schools in the next few weeks whose work with the classical philosophy may help form Pacelli’s mission. One is Hope Academy in Minneapolis, a private school in the inner city where 90 percent of students attend on scholarship, but which has been successfully providing students with foundational knowledge of language, mathematics, science, history and the arts.

The other is the publicly-funded St. Croix Preparatory Academy, a K-12 charter school located in Stillwater.

“We are excited about these visits and what we may learn,” she said, adding that Pacelli’s curriculum is in the formation phase; they also want to know more about the operation.

“We are studying what pieces are the best that fit for us,” she said.

Marreel said she and teachers are excited to embrace the new direction, that adds to a proud tradition bolstered by “the passion that we already have … we have a wonderful staff, who are always trying to improve.”

McDermott said Pacelli has expanded its commitment by returning both the advancement director and business manager to full-time positions — needed to fulfill its mission, she said. She is excited about the energy brought to the team by Bosshart and Scott, who work closely together to strengthen the financial stature of the school that will support students who may need help with tuition.

As a private school, fundraising is a fact of life and the team is working to rejuvenate programs — one used in the past was the “adopt a student” program, where a mentor would help with funding tuition — to strengthening ties with alumni or identifying alumni who perhaps had not been contacted in the past.

“We are working to build new relationships … and bring alumni up to speed” on the direction Pacelli has taken, and the students who are being served, said Bosshart. 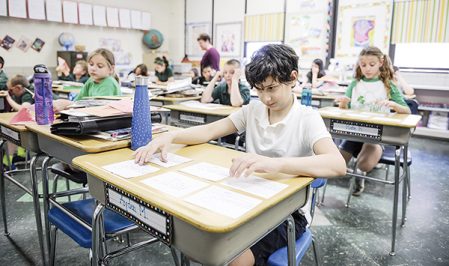 She added renewed efforts have been made to reconnect with alumni, such as with the school’s Hall of Honor and placing more emphasis on class reunions, she said.

Some proven practices continue and, hopefully, will expand — not the least of which is Pacelli’s partnership with Austin Public Schools. McDermott said she could not wish for a better partner in education, as evidenced by the sharing of some classes and programs.

“We have a very good reciprocal relationship,” she said, adding that both school systems look ahead to more opportunities.

“It’s not a competition,” Marreel said. “We make each other stronger.”

McDermott said it will take some time to grow the new programming and to raise awareness of its benefits. More emphasis will be placed in the younger grades to allow students to grow into the new direction. Some steps have already been made, as witnessed with the teaching of Latin.

Smaller class sizes are a benefit, but all would like Pacelli to grow — but not too much from its current 309 students. A 400-student population, said McDermott, would be ideal.

“We benefit from the smaller classes; having more one-on-one,” she said, adding its family atmosphere — with older students mentoring younger children, which is exciting to experience.

Marreel agreed, adding “our teachers are able to get to know our students; I think they are very good at helping students reach their potential.” 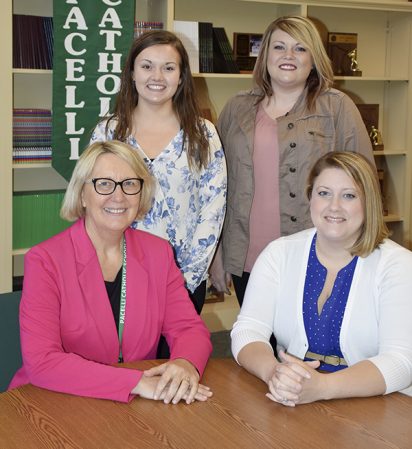 McDermott was named Pacelli interim president and elementary principal in January, but has a long history of work in both private and public school systems. The Austin native is a graduate of Austin High School, Riverland Community College and Bemidji State University, where she earned her undergraduate degree in elementary education. Her middle school certification was received from St. Thomas University and she earned her master’s degree at Hamline University. She received her education specialist degree with a K-12 principal endorsement from Winona State University.

McDermott taught in Catholic schools in Edina and Roseville before returning to Austin to teach at St. Augustine Catholic School. She began her public school career as teacher at Ellis Middle School and later served as administrator at Ellis, I.J. Holton Intermediate School, Neveln Elementary School and Woodson Kindergarten Center. She served on Pacelli’s Vision Task Force in 2015 and volunteered at Pacelli assisting the Advancement Department, as well as writing grants and working with public relations.

The Superior, Wisconsin, native has been with Pacelli, first as a teacher, then as an administrator, since 2011. She is a graduate of Superior Senior High School and the University of Wisconsin-River Falls, where she earned her elementary education degree. She taught in Hastings and Apple Valley before moving to Austin. Her husband, Austin native, Dan Marreel, is a speech pathologist with Austin Public Schools. She was named assistant principal in 2013; in 2014, she was named interim principal at the middle school and high school, which became a permanent position shortly after. She is in the midst of a master’s degree program at St. Mary’s University.

Bosshart is a native of Stewartville and began her position at Pacelli in August 2016. She is a graduate of St. Thomas University where she also worked in enrollment and admissions. She graduated with a bachelor’s degree in business administration-leadership and management.

Scott is an Austin native and proud of her family history: her grandfather, Duane Klingerman, was a police officer in Austin for 46 years. Both her parents live and work in Austin. She is a graduate of Austin High School and graduated from Mankato State University in 2007.