Memorial Day: Stand up and serve 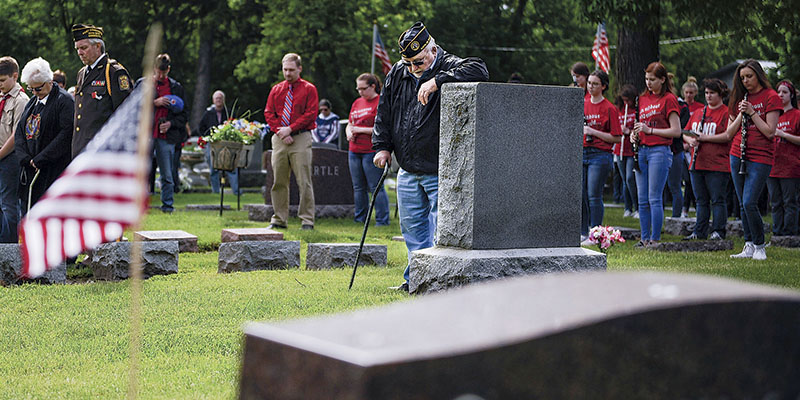 James Hecimovich said when he walks the rows of Oakwood Cemetery, he sees many names of those who “gave of their lives in selfless service” with dedication and bravery.

Hecimovich himself “served under five presidents.” And while he did not always agree with the same policies as held by a president, “I carried myself in a dignified manner.”

He spoke under partly sunny skies at the annual Memorial Day Service at Oakwood Cemetery on Monday. 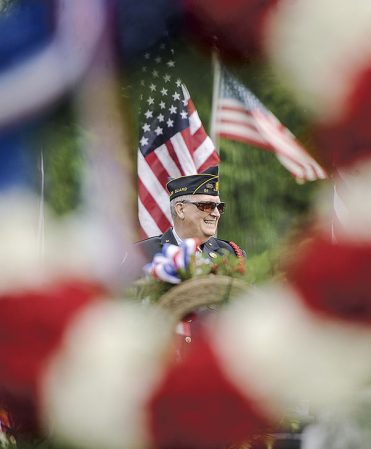 He counted off the generations of Americans who served over the years, but said he was worried about the current generation.

That needs to be turned around, he said, to become a generation that appreciates “the sacrifice and has the pride to move forward.”

He nodded to the members of the Austin High School Band, adding, “I don’t want these to be known as ‘Generation Safe Space.’”

He added that if he had stepped on toes, he was sorry, “but I am sick and tired of the way we’re conducting ourselves — and no, I am not running for office.”

He added he wanted to see today’s generation, “stand up and be counted.”

Many attended the services, both younger and older veterans.

Larry Hanson, who served with the U.S. Air Force in Korea, said his father served in World War I. and his brother in World War II. 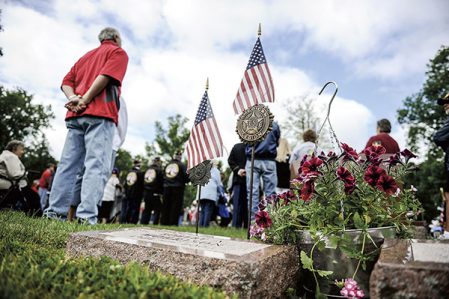 “These kinds of things are important to me,” he said, nodding at the decorative wreaths lining the perimeter of the Veterans Memorial. “I belong to the Legion and the VFW.”

Scott Murphy, a member of the 224th Transportation Company of the Army National Guard in Austin, said he joined in part to serve, but also in part to acknowledge a legacy set by his grandfather, who served in World War II.

Standing after the Memorial Day service with his wife Carrie and baby daughter Olivia nearby, Murphy reflected that his grandfather’s service was done abroad the USS Lexington during the war, which was sunk by torpedoes in the South Pacific. His grandfather fortunately survived, although he “spent something like 16 hours in the sea” before being rescued.

“That had a huge influence on me,” he said.

“I wanted the experience (of service), and I’ve been serving ever since.” Murphy served tours in Iraq and Kosovo with the 224th.

When asked what he would tell his younger counterparts, the response was almost immediate.

“Do it (serve). Join to fight for a cause that’s worth fighting for,” Murphy said. 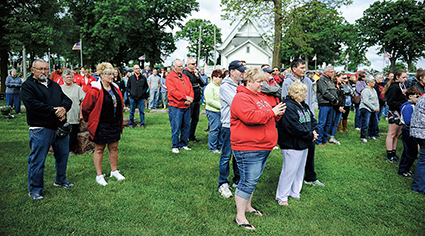