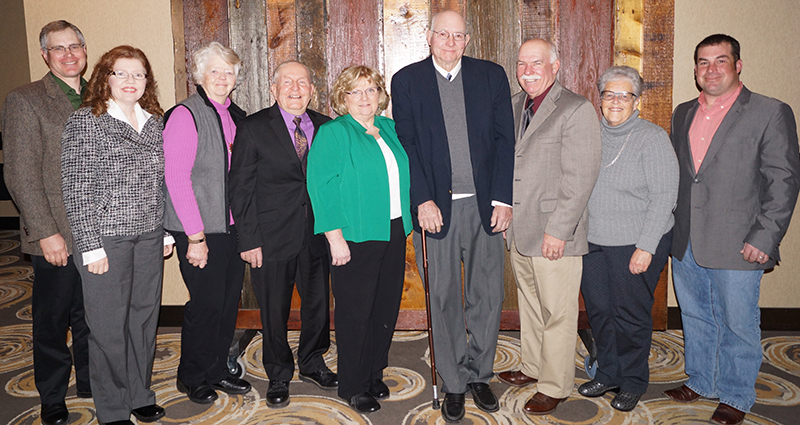 The Lorimer and Sandy Nelson’s Beaver Brook Angus farm of Lyle was honored for its 100-year history of breeding cattle at the Minnesota Angus banquet on March 14 in Rochester.

There are less than 25 herds in the world that have been breeding Angus cattle for 100 years or more, according to a press release to the American Angus Hall of Fame.

In 1855, Nelson ancestor Nels Oleson came from Norway and settled in Nevada Township in Mower County, Lyle. At the time Nels Oleson settled in Minnesota there were so many Oleson’s that he changed his last name to Nelson.

The original property, still in the family ownership 162 years later, consisted of 180 acres. Newell Nelson purchased his first Angus bull in 1914 from Henry Lenz at Lyle. Newell Nelson purchased his first registered Angus females in 1917 when he took a train from Lyle to St. Paul  for the Minnesota State Angus Sale that was held at the University of Minnesota campus.

Newell Nelson’s son Lorimer became a member of the American Angus Association on March 31, 1955. The Nelson Angus herd is the third herd in the state of Minnesota to reach the century mark.