Jumping over a setback: BP’s Wurst is ready for state track and field meet 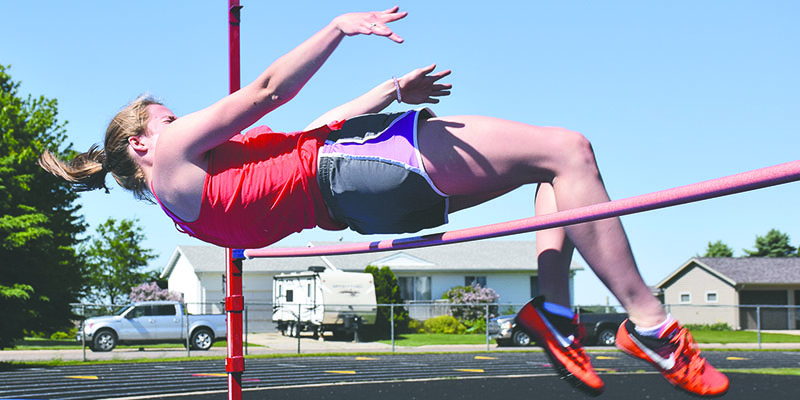 BLOOMING PRAIRIE — There was a moment this spring where Blooming Prairie junior Sam Wurst wasn’t sure if she would be able to compete in the high jump this season. Now she’s going to be the second BP girl to compete at the Minnesota Class A state track and field meet in the past 15 years.

In early March, Wurst was involved in a car crash coming home from the Minnesota state wrestling meet that left her with a cervical sprain and left her immediate high jumping future in doubt. 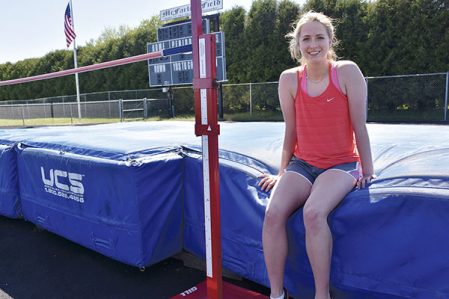 Blooming Prairie’s Sam Wurst will compete in the high jump at the Minnesota Class A state track and field meet next week. Rocky Hulne/sports@austindailyherald.com

“It was painful,” Wurst said. “I didn’t even know if I was going to be able to jump. With the high jump, you need your back healthy as much as possible.”

Wurst not only competed for the Awesome Blossoms this season, she made some big improvements and she ended up jumping a height of five-feet at the Section 1A meet in Elgin Wednesday to qualify for state for the first time in her career.

Wurst has never attended the Minnesota state track and field meet and she wasn’t even thinking about it for much of this season. She said it took about a month for her to start feeling comfortable with her high jump after her back injury.

“I didn’t really think of the possibility of state,” Wurst said. “I was just hoping to set some PRs. But state is awesome and it’s kind of like a dream come true to be able to go to the state track meet.”

Wurst also competes for the BP volleyball and basketball teams and she said she’s normally scheduled to play AAU basketball around the time state track rolls around. Both of those sports have helped her with the high jump, and she’s hoping she can come up with a top notch performance at state when she competes 3:30 p.m. June 9 at Hamline University in St. Paul.

“[Getting to state] kind of makes you raise your standards, because you know you can push it to that next level,” Wurst said. “You have to be consistent with the footing. The footing is literally everything when it comes to high jump. You have to think that the bar is not there. If you think that it’s high and you’re not going to clear it, then you won’t. You have to have the mental focus the you’re going to get over that bar, whether its your first or your third jump.”

BP grad Taylor Hagen competed at the state meet and took fourth in the shot put in 2015 and before that Lisi Ingvalson took first in the 300-meter hurdles in 2002.