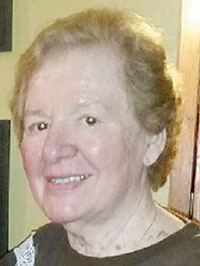 Joyce was born Oct. 3, 1939, at Emmetsburg, Iowa, the daughter of Lester Harold and Amanda Carolyn (Struve) Walton. She graduated from Austin High School in 1957 and from the Austin Area Vocational Technical College nursing program. Joyce was married to Charles F. Ball on Feb. 3, 1962, at the First United Methodist Church in Austin. She was a homemaker and had worked as a nurse at St. Olaf Hospital in Austin, now Mayo Clinic Health Systems Austin. Joyce also sold pull-tabs at the Austin American Legion.

Joyce loved spending time with her family. She was a member of the American Legion Auxiliary and was active with S.O.C.M. (Support Our Country’s Military) during the Gulf War. She was also a loyal P-9er.