Join the circus — ‘Barnum’ is in town 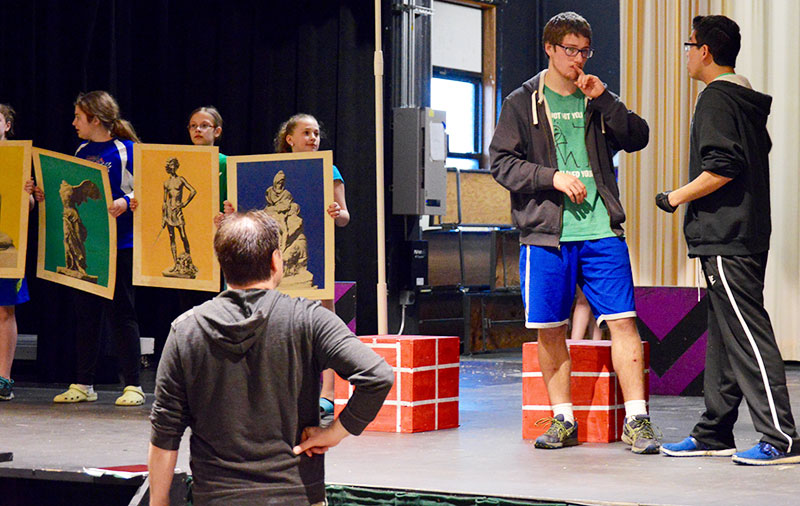 Next week, Pacelli Schools will perform the musical “Barnum.” This show explores the life of Phineas Taylor Barnum and his noble art of humbug versus truth, flim-flam versus fact, along with hilarious clowns, savage jungle beasts and a little bit of philosophic folderol. Meet the oldest woman in the world, the smallest man alive and a Swedish songbird, along with 30 plus third to 12th grade students on the Pacelli stage.

Why did we select this play? Well the answer was simple: We wanted to explore the circus. When doing a little research we found that several students had never been to a circus or even heard of a sideshow. It is also true that this May will mark the end of an era as the Ringling Brothers Barnum & Bailey Circus will close its tent doors for good. It’s no secret that safety concerns, animal rights and rising costs have surrounded the circus for many years, thus causing its decline in popularity.

But let’s forget all of that for just moment and look back at the humble beginnings of the circus. Way back in 1842, P.T. Barnum opened the American Museum with his business partner Amos Scudder. At its peak in popularity the museum saw 15,000 admissions in a single day and was the home of numerous attractions. The museum itself was part sideshow, part zoo, part exhibit hall and featured amazing wonders from around the world that people were dying to see. When the museum burned to the ground Barnum was devastated. However, he did not let that stop his dream. He decided to rebuild his attractions and take it “on the road” and thus, the circus was born. He later joined forces with Arthur Bailey to create the Barnum & Bailey Circus — The Greatest Show on Earth!

We hope you will join us as we celebrate the circus. Performance dates are at 7 p.m. on May 11, 12 and 13 in the Pacelli High School Auditorium. The students have been rehearsing many songs written by the great Cy Colman and Michael Stewart. “Barnum” originally opened on Broadway in 1980 featuring Jim Dale and Glenn Close in the title roles of P.T. Barnum and his good wife Charity. There are plenty of circus tricks and excitement that are sure to delight children of all ages. Come follow the band and join the circus like you wanted to when you were a kid.