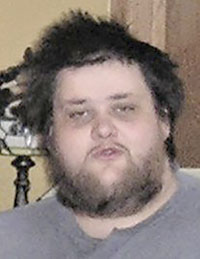 John was born Feb. 3, 1978, in Hutchinson, Minnesota, the son of George D. and Evelyn (Naylor) Zahradnik. He grew up in Minnesota and moved to Austin in his later years. He loved to collect sports cards and play video games online, including Dungeons and Dragons and Warcraft.

John is survived by his sister, Peggy (Bruce) Eckloff of Oronoco, Minnesota; a brother, Tom Zahradnik of St. Peter; Minnesota; half-brothers and sister, Ronnie, Ralph and Rhonda Gwin; a nephew, Joseph; and friend, Barbara Johnson of Austin. He was preceded in death by his parents, Evelyn in 2006 and George in 2012; and a brother, Mike.

Graveside services will be held at 1:30 p.m., Thursday, May 25, 2017, at Grandview Cemetery with Lt. Laura Amick officiating. Worlein Funeral Home of Austin is assisting the family with arrangements. Condolences may be expressed to the family online at www.worlein.com.