I-90 and the face of Mower County 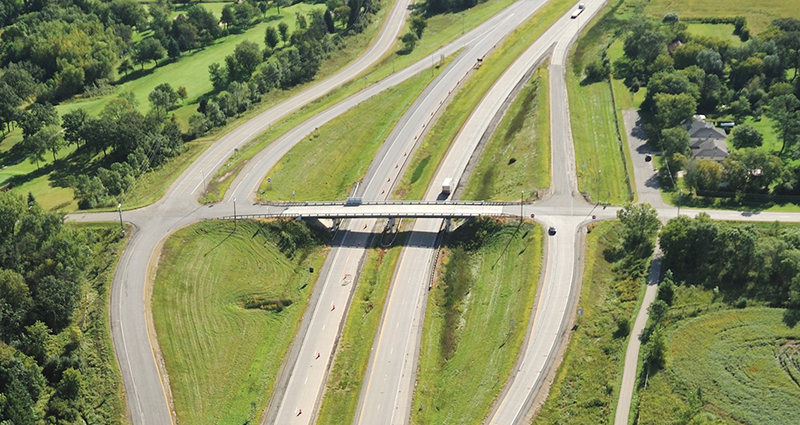 For many in Mower County, Interstate 90 has been a constant factor in their lives. They have driven on it day in and day out with little thought to its significance.

But before Interstate 90, it was a different Mower County and an even more different Austin. 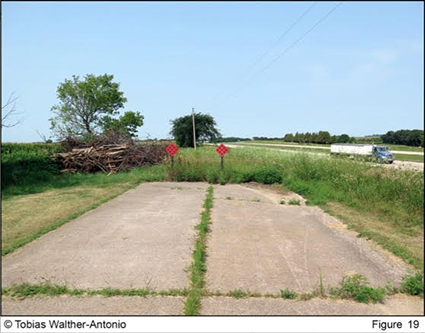 Remains of U.S. 16 between Austin and Dexter, rendered obsolete by Interstate 90. Courtesy of Tobias Walther-Antonio.

Geographer and photographer Tobias Walther-Antonio has been studying the effects Interstate 90 has had on southern Minnesota, presenting his research at the Lunchbox History Series on Thursday at the Mower County Historical Society.

According to Walther-Antonio, U.S. 16 passed through 25 towns across nine counties of Southern Minnesota. In Austin, old Highway 16 consists of parts of Fourth Avenue Northeast, Main Street and Oakland Avenue. 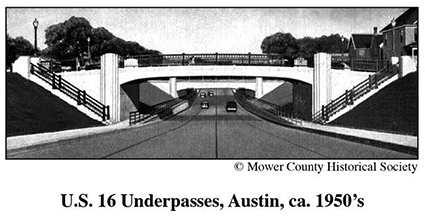 U.S. 16 Underpass Before.
A section of old U.S. 16 (now Oakland Avenue) before and after the construction of Interstate 90. Courtesy of the Mower County Historical Society.

Though still a smaller local road, U.S. 16 was the most important road in Mower County. Local businesses and residences grew and flourished around the road.

That changed with the opening of Interstate 90. 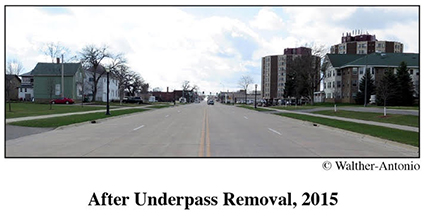 U.S. 16 Underpass After
A section of old U.S. 16 (now Oakland Avenue) before and after the construction of Interstate 90. Courtesy of Tobias Walther-Antonio.

“The alignment of the old 16 changed compared to I-90,” Walther-Antonio said. “Because of the road change and because of the type of road, the region changed because it went from downtown Austin to North Austin, so businesses moved over the decades.” 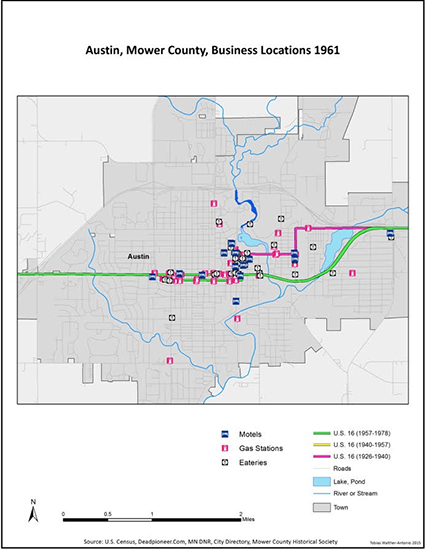 “Upon completion of I-90 and retirement of U.S. 16, the driftless section became cut off from the main traffic flow and communities experienced stagnation of growth due to their isolation from the interstate influence,” Walther-Antonio said. “The regions and communities along U.S. 16 in the Interstate 90 section were affected by the interstate’s opportunities for travel, commute and business. Larger towns received a higher flow of traffic and enhanced opportunities that changed their complexion and urban morphology.”

In Austin, the completion of Interstate 90 not only saw more businesses move to the north end of the city, but also increased the number of chain and franchise businesses. 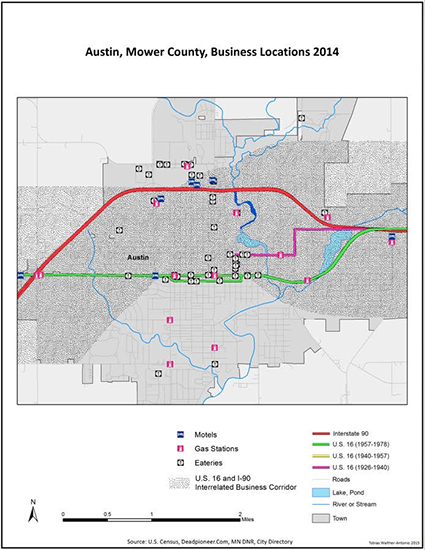 “Locally owned and operated businesses are more numerous in the remote driftless section because of its separation from the influence of corporate territoriality and national franchise chains,” Walther-Antonio said. “With its diverse countryside and landscape features, its conservation-conscious land use and medium-sized farms, and its remote communities that often changed their focus from small industry towards tourism, the driftless section stands as a clear alternative towards the progression of the Interstate 90 section.”

Walther-Antonio has been working with Mower County Historical Society Director John Haymond to acquire a grant to get his research published for nonprofit purposes.