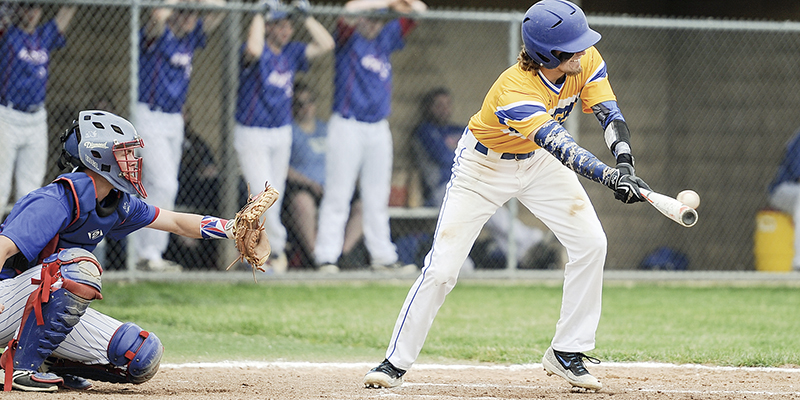 The No. 4 seeded Hayfield baseball team went through a roller coster ride and it was able to finish the day with its season still alive after it lost 3-1 to No. 1 United South Central and beat No. 3 Southland 3-1 in the Section 1A West tournament in Seltz Field Saturday.

The Vikings (10-12 overall) took the lead for good against the Rebels (11-10 overall) in the top of the seventh when Lane Canny executed a bunt on a squeeze play to knock in a run and Kolby Tapp doubled in a run with two outs to make it 3-1. Tapp had a whirlwind day as he was called out while sliding into home for the tying run against JWP in the sixth inning, despite the fact that the ball had bounced out of the catcher’s glove. Tapp also sustained a cut to his face while diving for a fly ball early in the Southland game. 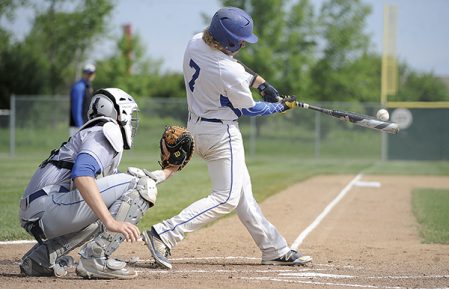 “I just stay to keep a positive mindset throughout the game,” said Tapp, a freshman. “If I strikeout, I bring it back to the dugout and sure I’m a little frustrated, but I quit thinking about it and I get past it and get over it. When I get back to the plate I come up with a clear mind.”

Hayfield junior Zach Nelson pitched a complete game to get the win against Southland and he has now allowed just one run in 11 and one-thirds of an inning in the postseason. Although he didn’t pitch a lot of varsity for the Vikings during the regular season, Nelson was ready to go on Saturday.

“I was very excited,” Nelson said. “I wanted it and I went out there and did my best. I put 100 percent trust in my defense. I let them make the plays.” 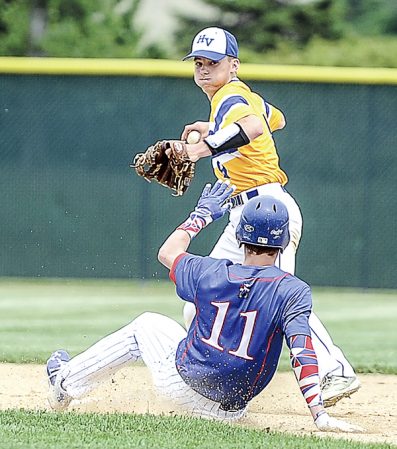 Hayfield second baseman Jake Olive relays the throw after getting the lead out on Southland’s Parker Brigham in a Section 1A West elimination game. Eric Johnson/photodesk@austindailyherald.com

Tapp said Hayfield had to stay in high spirits after a tough loss that saw them load the bases in the seventh without scoring a run against USC.

“We tried to keep everyone in high spirits,” Tapp said. “We all know [Nelson] Bearcat is going to throw strikes and we’ve just got to play defense behind him.”

Hayfield has nine seniors on its roster and the team showed a sense of urgency with its backs to the wall in the second game. Hayfield head coach Kasey Krekling was pleased with how his team reacted while going against Southland ace Chris Webber. 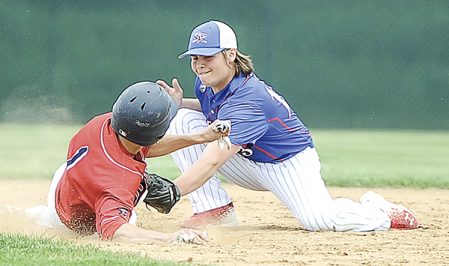 Southland’s Isaac Eissinger puts the tag on United South Central’s Isaac Meyer on a stolen base attempt in the their Section 1A West playoff game Saturday at Riverland Community College. Eric Johnson/photodesk@austindailyherald.com

“It would’ve been real easy for us to quit, especially with how that first game kind of went,” Krekling said. “But we can’t control that and that’s the game of baseball. Things go against you and you hope they even out and go for you the next time. I think they did in [the Southland] game. We got out-hit, we got some lucky bounces and balls were fair by a couple of inches.”

Southland tied the game up against Hayfield at 1-1 when Lee Wilson singled in a run, but that was all of the damage the Rebel bats could do. Against USC, Southland went up 1-0 in the top of the first, but USC scored two runs in the bottom of the second to go up 2-1.

Hayfield will play a Section 1A qualifier against the loser of JWP and USC in Riverland 5:30 p.m. Monday. 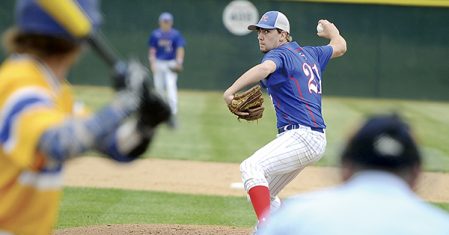 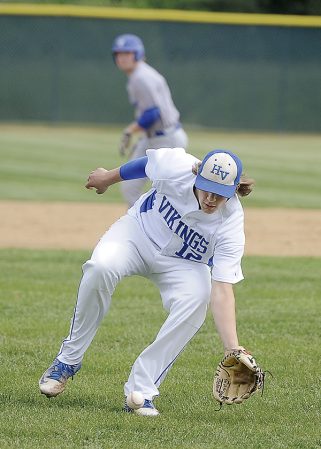