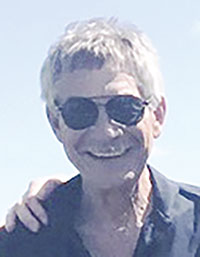 Gary was born in Austin and attended Austin High School where he was known as Harv. He never met a stranger and could light up a room with his laugh. Gary loved his family, friends, and golfing. He was a veteran of the United States Navy.

Special thanks to his special friends, Henry, Ally, Valerie, Sam, and also Hana the cat.

Gary was preceded in death by his parents, Bud and Libby Sathre.

Gary will be greatly missed.

Family and friends are invited to Calvary Cemetery at 11 a.m. on Saturday, May 27, 2017, for a graveside service officiated by Father Jim Steffes.

Military rites will be by American Legion Post 91 and VFW Post 1216. Condolences may be left online at www.mayerfh.com.