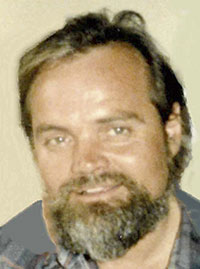 Gary Alvin “Cricket” was born Dec. 5, 1948, in Blooming Prairie to Alvin and Mae (Erickson) Christiansen. He graduated with the class of 1966 from Blooming Prairie High School. Gary entered military service in the United States Army on May 8, 1967. From 1968 to 1969 he served during the Tet Offensive in Vietnam. Following his honorable discharge on May 7, 1970, he returned home and worked for Lysne Construction and Benike Construction. Later that year he was united in marriage to Mary Wondra. Gary and Mary were married 23 years and raised two children. He was employed much of his career as an independent trucker and millwright, traveling throughout the United States and Canada. Gary enjoyed riding and repairing Harley Davidson and English motorcycles, reading non-fiction, and golfing. Later in his life he enjoyed his study of psychology at Metro State University in Minneapolis. Gary supported several veterans’ organizations, as well as the Society of the Prevention of Cruelty to Animals. He was a member of the VFW 878, DAV, and past president of VVA 429.

Memorial services will be held at 11 a.m. on Thursday, May 11, 2017, at First Lutheran Church in Blooming Prairie with Pastor Heidi Heimgartner officiating. Interment with military honors will follow in the Blooming Prairie Cemetery. Gary’s family will greet friends from 9 to 11 a.m. on Thursday morning prior to the service at First Lutheran Church.

In lieu of flowers, memorials in Gary’s memory are preferred.

Worlein Blooming Prairie Funeral Home in charge of arrangements. Condolences may be expressed to the family online at www.worlein.com.