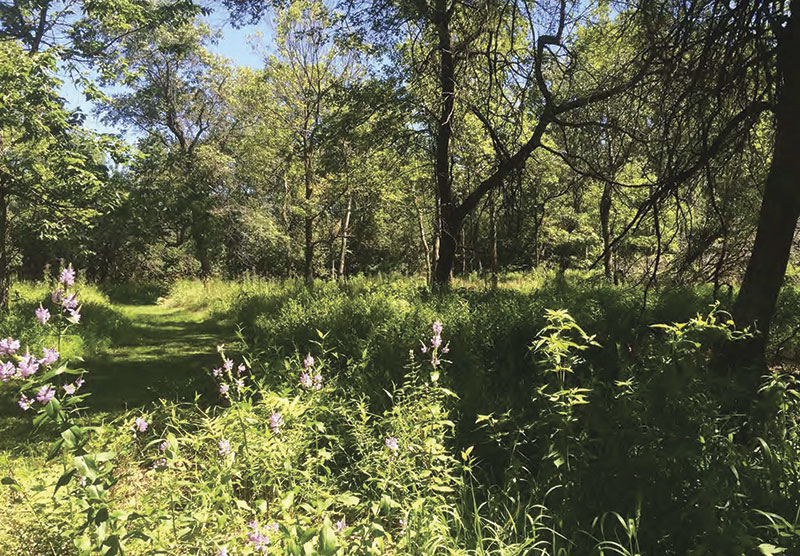 The Friends of the Jay C. Hormel Nature Center are planning their next projects after helping raise funds for the new interpretive center. Photo provided

We Friends of the Jay C. Hormel Nature Center are happy that we could help with the new interpretive center project. We were able to pay for the initial concept and design work to get the project started. The Hormel Foundation, Hormel Foods Corp. and the city of Austin paid for the building and furnishings. Friends took care of the exhibits. We used some funds from earlier donations and asked for new support from the community. That support came through, and you’ll see the $1 million result on your next visit.

Friends was established in 1988. Mary Lou Stursa presented the idea for the group. Dick Nordin was the first board president. We have a 12-member board, with two new members coming on each year. So over our 29-year history, something like 58 of your friends and neighbors have served on the Friends board.

Friends pays for the naturalist intern position with proceeds from the Thanksgiving Feast fundraiser each fall. We’re helping the city to phase in the cost of the new full-time naturalist job, and we pay for other extra help as needed. Over the years we’ve also been able to buy land, sign it over to the city, and restore it to prairie and woodland. Friends pays for the nature center’s free programming.

I’d like to tell you about a project that’s underway now. In 2016, we got a $146,000 Conservation Partners Legacy grant for restoration work on the north end, north of the tower. The money comes from the conservation sales tax we voters approved a few years ago. The Lessard Sams Outdoor Heritage Council approves the grants and the DNR administers the program. The grant covers 90 percent of the three-year cost. Friends will pay the balance. A contractor is doing the work.

We’ll plant prairie and oak savanna on 50 acres purchased a few years ago. That will get done whenever it dries out enough to get in there and do the work. The seed mix has 110 locally sourced native species. That’s a lot of species. We’ll also plant 50 burr oak saplings to start a new oak savanna area.

The project will also remove invasive species from about 20 acres of woods on the north end. Most woods in our area are overrun by European buckthorn and tartarian honeysuckle, and parts of the nature center are no exception. These species aren’t native to this area, have no natural enemies, and are very prolific seed-makers, so they’re invasive and hard to wipe out. The contractor grinds up the invasives, plants native grasses and flowers in the cleared areas among the native trees, and will use chemical to kill the seedlings that come up this summer. After that, the flowers and grasses compete with the invasives and we’ll use planned burns for ongoing control. We did a trial area three years ago and it works.

Community support makes Friends’ work possible. We hope you’ll continue your generous financial and volunteer support for the good things that will be happening in the future.