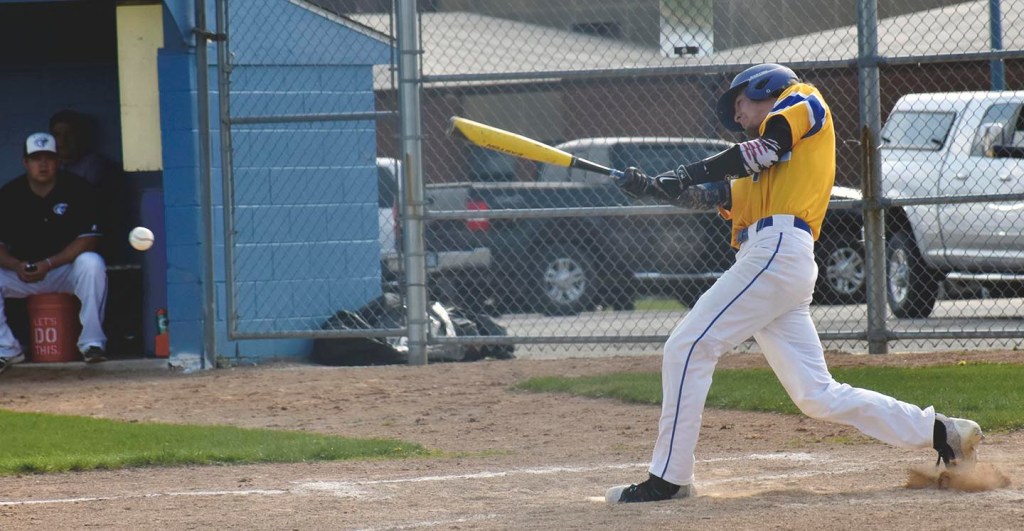 HAYFIELD —The Hayfield baseball team did all of the offensive damage it needed to do early on as it rode its ace pitcher to a 1-0 win over Triton in Hayfield Monday.

Hayfield senior Adam Fjerstad used just 65 pitches to pick up a three-hit shutout as he struck out eight for the Vikings (7-7 overall, 5-6 HVL). Fjerstad retired the first 13 hitters he faced, but the Cobras (2-10 overall, 1-10 HVL) moved a runner to third with two outs in the top of the seventh to threaten to tie the game. Fjerstad was able to force a ground out to close out the win.

“I think [a close game] helps a lot and you get a lot more adrenaline. Everything’s a little more exciting,” Fjerstad said. “I just had to bear down and trust the defense behind me and let them make a play if I couldn’t get the strikeout.”

Hayfield took a 1-0 lead in the second inning when Lane Canny lined a two-out RBI single to right field, but that was all of the damage the Vikings could do. Canny said the Vikings stayed focused, despite the fact that they were struggling to rack up a lot of hits. 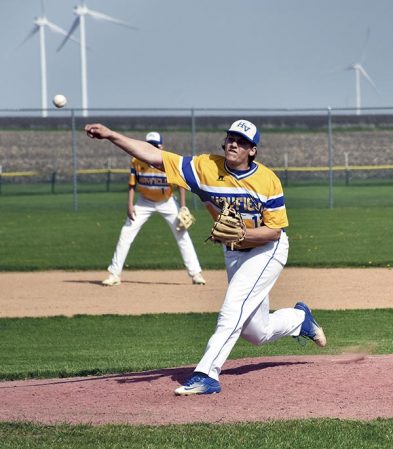 “The wind was blowing in a lot and we just had to put the ball in play,” Canny said. “We knew good things would happen.”

Hayfield stranded runners on first and second base in the first inning and it had the bases loaded with one out in the third and couldn’t score. Hayfield head coach Kasey Krekling would’ve liked to have seen his team capitalize more on their chances, but he was glad to get the win.

“I’d like to see us score more runs, but we had a lot of guys on base and usually we’d score more there. It was tough conditions to score today,” Krekling said. “Adam was very efficient and he did a real nice job of throwing a ton of strikes. The defense did a good job of making plays.”

Canny said the Vikings always feel confident when Fjerstad is on the mound and Monday’s game was no different.

Hayfield has now won four out of its last five games. 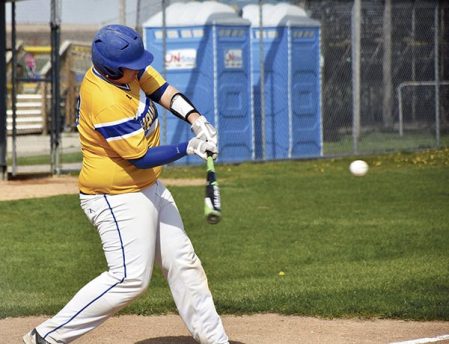 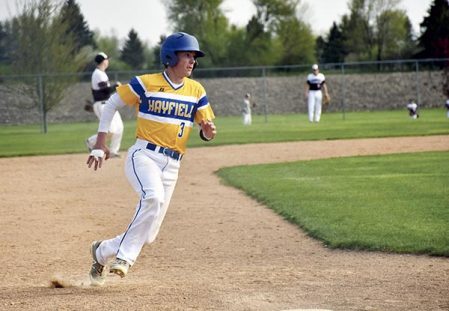