Early spring brings out ticks ahead of schedule 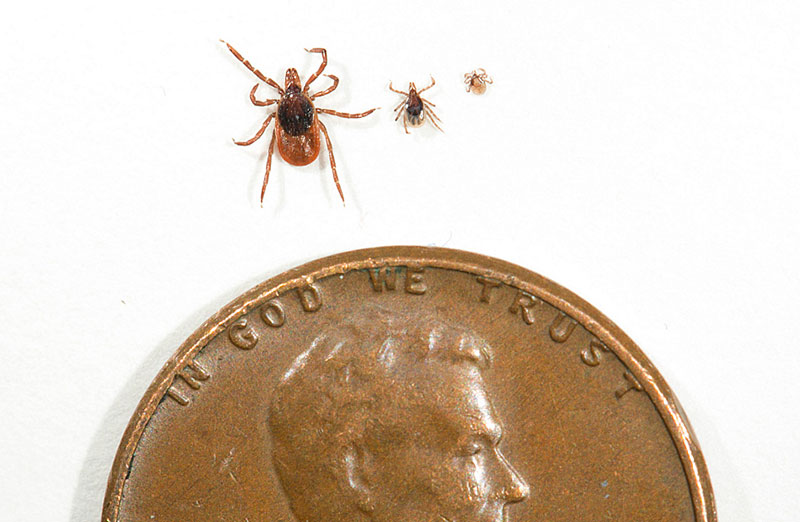 Ticks are out in full force right now, and Minnesota health experts are warning residents to take precautions.

This year’s early spring brought the ticks out ahead of schedule. Anyone who’s outdoors should be alert for the blacklegged or deer tick, said Minnesota Department of Health epidemiologist Elizabeth Schiffman.

“They are the ones that transmit the majority of our tick-borne diseases here,” Schiffman said. “Lyme disease, but then also anaplasmosis, babesiosis, Powassan virus, a species of ehrlichiosis.”

Minnesota averages more than 1,500 cases of Lyme and other tick borne diseases each year.

Michelle Lively of White Bear Lake was diagnosed with Lyme disease about a year ago, and is still in a lot of pain.

“I wish that I had been more aware of Lyme disease,” Lively said. “I wish I had understood the symptoms earlier, I wish I had known how to protect myself.”

Symptoms can include fever, headaches and muscle pain, plus the distinctive bullseye rash. If you’re bitten or have symptoms, Lively recommends seeing a doctor as soon as possible.

“The quicker that it is caught, the more chance you have of not developing the chronic form of Lyme disease,” she said.

Although ticks are out early, Schiffman said it appears that numbers are about the same as a typical Minnesota spring. Still, regardless of the annual population, infections are generally increasing each year.

“If you look at them over time, the trend is definitely on an upward trajectory,” Schiffman said. “We see that with all of our diseases, not just Lyme disease.”

Schiffman recommends that anyone who’s outside in a tick-prone area take precautions like using repellant, doing a tick check and showering.

The Twin Cities suburb of North Oaks is making a concentrated effort to combat ticks, after a study showed the community, with its spacious lots and woods, was prone to tick diseases. The city formed a “tick task force.”

“What we found from that research was that the rates of tick-borne illness were about five times the rates of the immediate surrounding five zip codes,” said task force chair Brooke Moore.

The task force is having an impact, she said.

“In our most recent survey 42 percent of the people surveyed sought care earlier than they would have in the past,” Moore said. “And many of our residents have started implementing personal protective measures.”

The community is committed to a long term tick fighting effort, Moore said.

That could be important, because the infection rates associated with the insects show no signs of slowing.