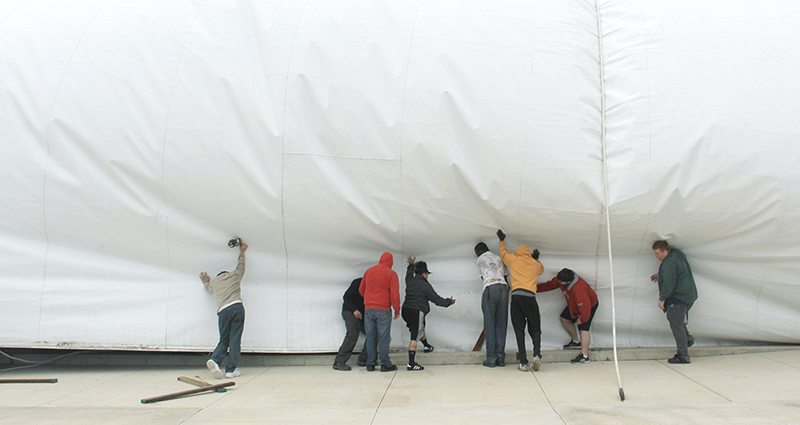 The Packer Dome at Art Haas Field, part of the Westcott Athletic Complex, had a successful — and busy — second season, with at least 800 hours of activities clocked.

Those hours did not include the early morning walkers or runners.

“The season went just great,” said Dan Ball, facilities coordinator for Austin Public Schools, which owns and operates the dome. “The amount of walkers this year was much greater; I think some heard more about it and thought, ‘It’s sure nice to get out of the winter weather.’”

The 210-by-410-foot dome, open from Thanksgiving to mid-May, plays host to a growing number of activities, from spring softball games, to amateur football leagues who during winter weekends use the field. Any number of practices for softball, baseball and track all filled hours, said Ball.

“People are definitely starting to take advantage of it,” Ball said. “We have gotten a lot of great feedback, especially from the out-of-towners, who constantly tell us how lucky we are.”

Ellsworth Community College in Iowa rented space for softball practices; a team in North Dakota did the same. Soccer teams also practiced there, both from the schools’ athletic programs and the city’s park and recreation program. Stay-at-home moms regularly rented the field for their children’s activities. Students at the elementary schools used the field upon which to play for an afternoon, for having achieved a goal in school. Even families rented the space, for space on which a large group could play a friendly game of football or soccer. 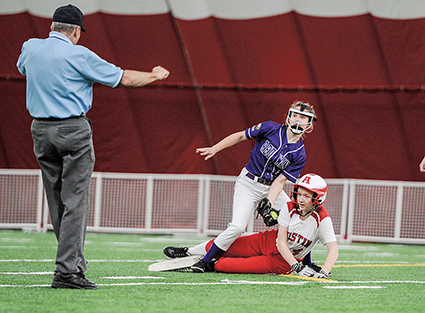 The dome got plenty of use this season, including several Austin Packers softball games. Herald file photo

The bottom line, said Ball, was that knowledge of the dome spread this season, with more out-of-town requests being made.

“I guess that came by word of mouth,” he said.

The dome a year ago cost $140,000 to operate, said Mark Stotts, executive director of finance and operations, and came to within $20,000 of breaking even. He is waiting for all costs to come in to see how finances fared this season, but he was optimistic that the break-even point would be reached. He added the costliest part of the operation is the utilities. Costs are paid out of the district’s general fund.

Rental fees offset the expenditures, Ball noted. Fees vary depending on the event, usage and number of people. School events use the dome free of charge; other organizations or citizens must pay a fee.

Ball said if there was a goal for next season, it would be to fill more morning hours, which are harder to fill since most people are working or are in school. However, he could envision morning golfers trying to improve their swings; he might try to promote that, he added.

Overall, he couldn’t be more happy with the way the season went. That feeling was echoed by the district’s activities director, Lisa Quednow, who told the Austin School Board earlier in the week of its use, noting that the Austin softball team had clocked more games than anyone else in the state, due to the use of the dome. Superintendent Dave Krenz also applauded the dome’s successful second season.

The dome is also a rare find: Ball thought there were only two other school districts in the state that might have their own dome.

“We are very fortunate,” he added.