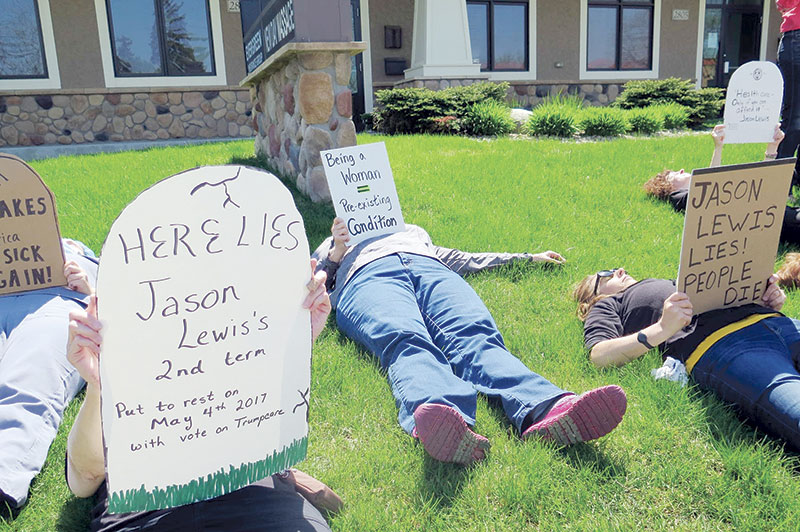 Some 50 people staged a “die-in” at Republican Congressman Jason Lewis’ office Friday over his yes vote on the health care bill that passed the U.S. House.

And at U.S. Rep. Erik Paulsen’s district office in Eden Prairie, around 125 people gathered to protest his vote.

The demonstrators say the bill will hurt people with pre-existing conditions.

The GOP-driven bill provides $8 billion over five years to help states cover those who may have higher insurance rates because they may be without coverage for a time. But Julia Wesley-Wong, who was at the rally Friday, said people will still suffer if the bill becomes law as is.

“I’m just very disappointed. Congressman Erik Paulsen has been continually voting with the party lines and not listening to his constituents,” she said. “I am one of his constituents, I’m very concerned with his voting record. And what happened yesterday was inexcusable.”

In a statement, Paulsen, a Republican, says he remains focused on finding ways for people to gain access to high quality health care that’s affordable. He also says he’s pleased the medical device tax was repealed in the House bill.

The bill still needs to pass the U.S. Senate.