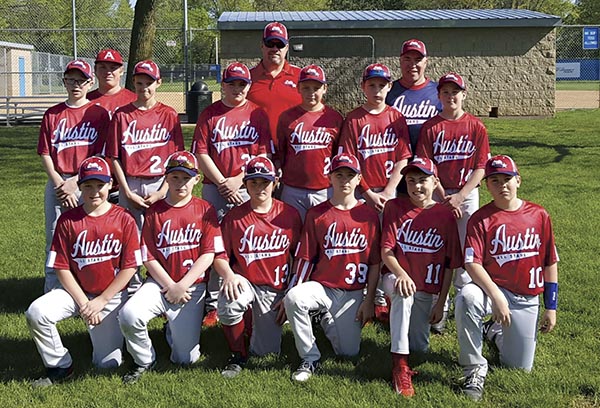 “Overall, I was very pleased with the way team played for their first Tourney of the year.” said coach Dan Ransom. “and everyone contributed.”

This weekend the CMG Stars wIll play in the Albert Lea Tourney.

The VFW 13 year old team was winless in the Woodbury Tourney, despite solid pitching from Teegan Finley, Lathan Wilson and Garrett Lahann.

The VFW stars will be idle from Tourney play until June.

The Eagles 14 year old won their first game in Apple Valley 1-0 behind the pitching of Teygan Hovland, but they lost their next two games.

Austin will play in Lakeville this weekend.