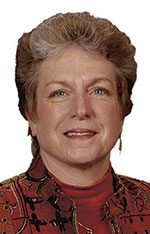 Parents of preschool students at the Community Learning Center won’t have to attend school conferences in the upcoming school year.

Instead, staff will replace the conferences with a family visit, reported Amy Baskin, director of the center.

She told the Austin School Board Monday that staff felt it was a way to build family relationships more quickly. Given the district’s diverse nature, the move to establish good lines of communication early helps students succeed.

Some students feel more comfortable when they see school staff in the comfort of their own homes, Baskin said.

It will be no small effort — Baskin said 200 home visits will be made, which will challenge scheduling.

Parents will still attend some type of event on the first day of school, so that they become familiar with the school setting.

In other business, the school board:

Budget: Amended the 2016-2017 school district budget, a regular action taken this time of year after a school year is near completion, said Executive Director of Finance & Operation Mark Stotts.

The district began the year in July 2016 with a $9.7 million balance in the general fund, a healthy balance, he said, and the fund is projected to have $8 million at the end of the fiscal year on June 30, reflecting a $1.7 million deficit.

However, he added, “We have used the most conservative” figures for projection purposes, and believes the district will end the year with a balance much closer to the beginning balance. The annual audit will have the final figures.

Activities: Received the annual Activity Report from Activity Director Lisa Quednow.  She reported that 589 students in grades 9-12were involved in athletics during this school year and just over 500 in activities.

She outlined highlights of the school year in both sports and activities, including the growth in DECA, a school business and leadership organization. Last year, she said, the program had about 50 students; this year, the number jumped to the 90s. The chapter this year had 53 students qualify for state competition, the most of any school in the state.

She also noted that the district this year provided afterschool transportation for middle school and ninth grade students who would not otherwise have been able to participate in sports and activities. She said the fall and winter program pushed participation by 28 percent.

She praised the use of the Dome, which provided space for games and practices that would have otherwise been canceled or postponed. She said she was told that Packer softball had played more games to date this spring than any other school.

•Goodbye: Bid goodbye to student board representative Mikayla Brunner for her two years of service to the board. She acted as liaison who kept the board updated on student events.  Superintendent of Schools Dave Krenz praised her “willingness to step out of her comfort zone” to serve. Board President Angie Goetz thanked her for all her hard work.

“We’re just one piece in a puzzle that makes up our community,” Goetz said. “We hope it broadened your horizon for community-mindedness.” 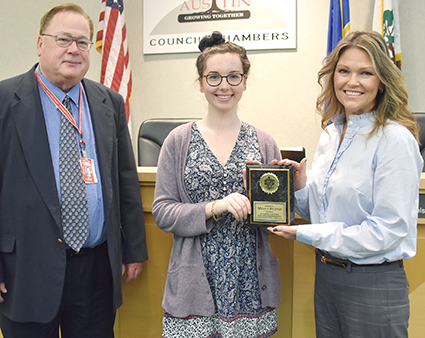