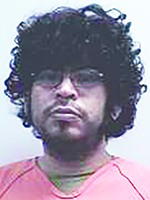 Correction: The Herald incorrectly reported Edward Gonzales Jr.’s charges were dismissed. One set of charges was dismissed as part of a plea agreement. The Herald regrets the error.

Edward Gonzales Jr. was sentenced to five years probation for felony fifth-degree drug possession for a May 2, 2016, case, and he must serve 80 hours of community service. As part of a plea agreement, a felony charge for felony third-degree sale of drugs was dismissed.

The charges stem from an April 29, 2016, incident where an informant arranged to buy heroin from Jordan David Flugum of Austin, who pleaded guilty to second-degree manslaughter in a separate case for selling heroin to a man who died from an overdose.

Gonzales was accused of acting as an in-between during a drug deal.

Flugum reached a plea deal in his manslaughter case on March 13 and is scheduled for a June 1 sentencing hearing.