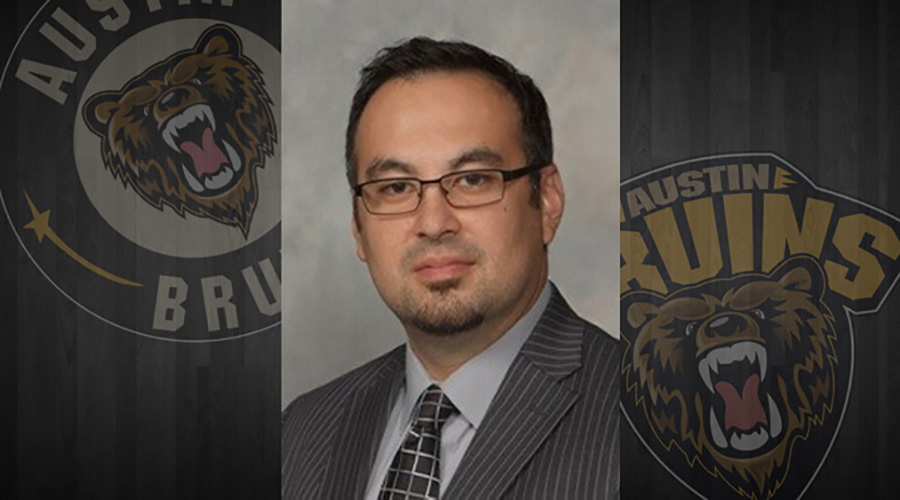 The Austin Bruins have hired Steve Howard as the team’s new head coach and general manager.

Howard, 38, says fans should expect a physical brand of hockey on the ice in 2017-18, as the Bruins seek a return to the Robertson Cup Playoffs.

“We want to be a team that our opponents don’t enjoy playing against,” he said. “Guys are going to stand up for one another out there.”

“We are tremendously excited for Steve,” O’Handley said in a press release. “On behalf of the Black Hawks organization, I would like to congratulate Steve.

“His enthusiasm for the game shines through whether he is working with young kids, NHL Draft prospects, or talking with Black Hawks fans.”

Howard stressed his appreciation for the Black Hawks and excitement for joining the Bruins.

“I’m looking forward to the opportunity to work for the Bruins — an organization that has had a lot of success in recent years,” Howard said in a press release. “I’m excited to work with such a great staff in Keenan Kelly, Brad Clayton and Howie Borden. I want to thank owners Mike Cooper and Craig Patrick for the opportunity.”

Howard hails from Burton, Michigan, and has been well-traveled as both a player and coach. He began his playing career in the NAHL, spending time with the Gaylord Grizzlies and Danville Wings in 1997-98. After stints in the OPJHL and SEHL, Howard played one season collegiately at Division III SUNY Brockport (Rochester, NY). He then spent the next seven seasons playing minor league hockey, including stints in the ECHL, SPHL, and even internationally, playing the final two seasons of his pro career in Holland.

Howard isn’t a stranger to Minnesota, as he spent the four years following his retirement in the Minnesota Advancement Program (MAP), “providing direction, training and advancement for elite hockey players in Minnesota.”

“We’re very excited to have Steve come on board as our Head Coach/GM,” said Bruins co-owner Craig Patrick in a press release. “His playing experience along with his head coaching and recent USHL tenure in Waterloo are a huge plus for us. Steve has great connections at all levels and has a reputation for putting a tough, high caliber team on the ice.”

Prior to coaching in Waterloo, Howard was the head-man for the Flint Junior Generals of the North American Tier III Hockey League and saw great success, coaching them to a two-year regular season record of 69-21-4. He led the Generals to an Eastern Division Championship and an appearance in the USA Hockey Tier III National Junior Tournament and was named NA3HL Coach of the Year in 2013-14.

“I think Austin is the perfect junior hockey town,” Howard said in the release. “I love [Riverside] Arena and the overall atmosphere.”

Howard will join the Bruins at the conclusion of Waterloo’s playoff run. The Black Hawks are currently taking on Sioux Falls in the Western Conference Final.