Rooney will coach alongside Steve Howard and Keenan Kelly. He joins the Bruins after spending the 2016-17 season as an assistant with the Robertson Cup Champion Lone Star Brahmas. Rooney was head coach for the Jr. Brahmas of the NA3HL and played goalie professionally from 1996-2004, notably in the Central Hockey League and Western Professional Hockey League. Rooney played with Howard on the San Angelo Outlaws during the 2000-01 season. 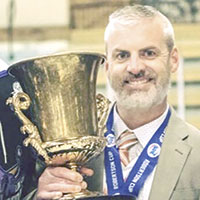 “I’m really looking forward to working with Steve,” Rooney said in a press release. “We have similar ideas and think the game the same way, but we have a comfortable enough relationship to give push back if needed. I think it will be a really good balance.”

Rooney and Howard also lived together in their playing days. Although he hails from North Babylon, New York, Rooney played Juniors in Minnesota and has worked in the state. He says he is looking forward to coming back North.

“Hockey is king in Minnesota. In the South, it’s more of a niche sport. I’m looking forward to getting some snow back in my life,” he said.

In addition to the opportunity to work with Howard and Kelly, Rooney said the atmosphere at Riverside Arena was another big reason he accepted the job.

Rooney will oversee the goalie camp at the Bruins futures camp from July 14-16.

“That is going to be a great opportunity to look at some future prospects and a chance for young goaltenders to learn some of the things they need to prepare for to play at the Junior level,” said Rooney.

The Brahmas captured their first Robertson Cup on May 14, with a 3-0 win over the Aston Rebels. They were also South Division regular season and playoff champs.

“I have zero bad things to say about Lone Star,” said Rooney. “Being a part of the Brahmas was an amazing experience for not only me but my family. It’s a first-class organization with a fantastic culture. Working alongside Dan Wildfong, I learned details, preparation, the lengths you need to go to succeed. I hope to bring some of that culture to Austin.” 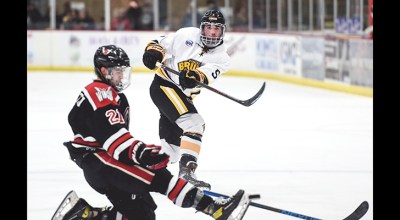 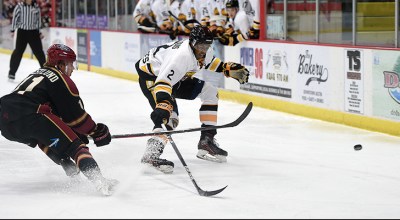