Blue Devils advance to Regionals with sweep of Western Tech. 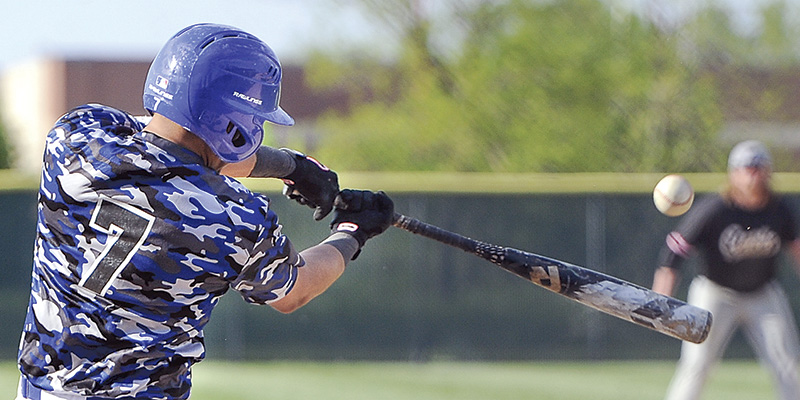 The Riverland Community College baseball team doesn’t have the depth it has had in year’s past, but it has plenty of motivation. Despite being without a pair of starters, including their top hitter, the Blue Devils were able to pick up the slack and sweep Western Tech. by scores of 16-6 in five innings and 7-0 to win a best-of-three Regional tournament qualifier in Seltz Field Friday.

RCC won both games with slugger Mason Ruhlman sidelined with an injury and RCC head coach Scott Koenigs is hoping Ruhlman, who is hitting .386 with nine doubles, two triples, seven homers and 37 RBIs, can return for the Regional tournament, which begins in St. Cloud Thursday.

“We need to get Mason back in the lineup to make that run that we need. He adds a lot to our team and he’s one of the best hitters we’ve had here,” Koenigs said. “It’s been a crazy year. We’ve had a lot of guys that are ineligible, a lot of injuries and a lot of guys from fall to spring who decided their heart wasn’t in it. We ended up losing about 13 guys. We don’t have a lot of depth, but the guys who are playing are getting a lot of at bats.”

Austin grad Alex Ciola stepped up his game on Friday as he went five-for-seven with two doubles and four RBIs. Ciola has played plenty of games on Seltz Field throughout his baseball career and he was excited to be playing in a postseason atmosphere for the Blue Devils.

“I’ve played a lot of games here and I’ve had a lot of hits here. It’s really fun,” Ciola said. “We’ve just got to keep our heads straight, realize what our mission is and get it done. No distractions and we’ve got to stay focused.”

The first game saw a total of 16 walks as both team’s pitchers struggled to hit the strike zone. RCC won that contest when Jack McNellis doubled in three runs to put in the 10-run rule in the bottom of the fifth.

The Blue Devils (29-8 overall) had beaten Western Tech in three out of the four regular season meetings between the two teams, but Koenigs didn’t want his team looking past their opponent.

“They’re a team that can swing it a little bit, but you can’t come in overconfident. You’ve got to come to play,” Koenigs said. “I spoke to the guys about not looking past them. They beat the top three teams in the conference and they’re kind of a dangerous team.” 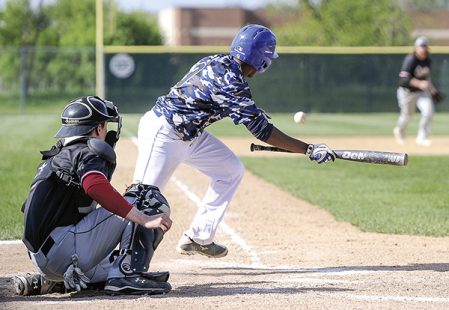 After the Blue Devils used their bats to break open the first game, they used their pitching to win the second game. Francisco Colon pitched a three-hit shutout to take the nightcap to improve his record to 7-0 on the season.

“I want to give 100 percent and my game is to throw strikes,” Colon said. “I love the emotion and I’m super excited. Never in my life have I won that many games without losing. I’m really happy.”

RCC will likely be the No. 4 or the No. 5 seed when it opens the eight-team double elimination Regional tournament next week. Koenigs said he isn’t worried about his team being under-seeded. 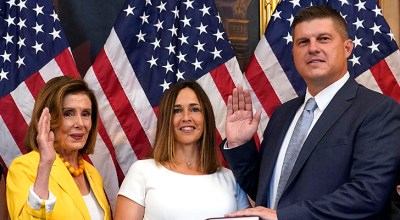