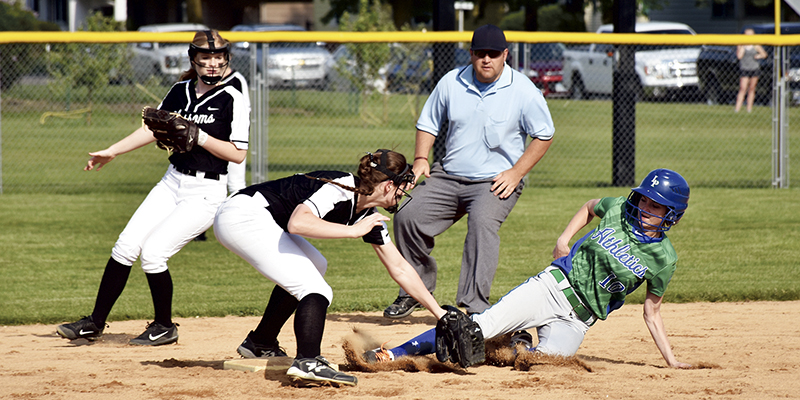 BLOOMING PRAIRIE — The No. 3 seeded Blooming Prairie softball team broke out of its hitting slump at the right time as it beat No. 6 Lyle-Pacelli 16-1 in four innings in a Section 1A West tournament opener in BP Monday.

The Awesome Blossoms (14-7 overall) had lost three of their last four games headed into the tournament and they had scored just six total runs in their last three games. That changed on Monday as BP racked up 15 hits in Monday’s win. Linnea Sunde, who went three-for-three, tripled in three runs to put BP up 9-1 after one inning. 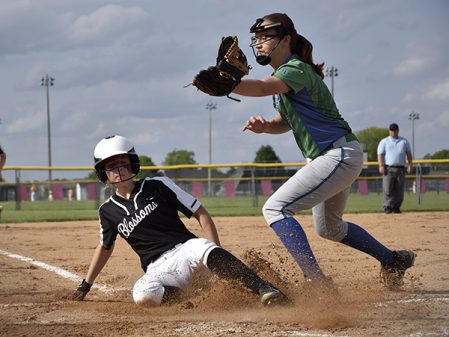 “It was good to see the bats come out,” BP head coach Lonnie Lembke said. “We struggled over the last stretch. Even though they put a run on us early today, we came back.”

BP senior pitcher Elly Strunk allowed a hit to LP’s Abby Bollingberg in the first at-bat of the game, but Strunk didn’t allow another hit the rest of the way as she finished with seven strikeouts. Strunk said the Awesome Blossoms were able to find their urgency after starting off slow.

“We just came into seriousness. This is a game that really does matter and it’s a do or be done game,” Strunk said. “My biggest goal this year is to get farther than I’ve ever been. Last year gave me a chip, because I didn’t want to end when it did end.”

Strunk and fellow senior Bria Baldwin have a lot of experience for the Blossoms and they’re hoping to make their last year on the diamond together count. Baldwin, who was a starter on the 2013 Class A state championship team, knocked in two runs Monday. 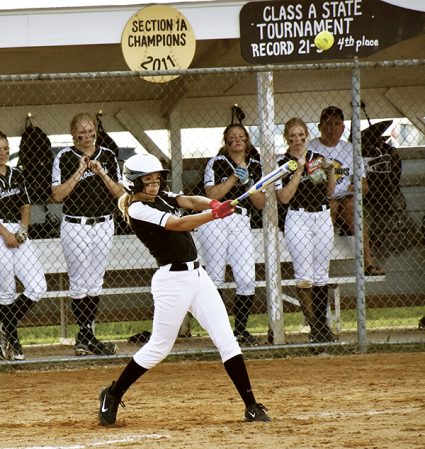 Marti Snider lifts a fly ball for Blooming Prairie against Lyle-Pacelli in a Section 1A West tournament game in BP Monday. Rocky Hulne/sports@austindailyherald.com

BP will play at No. 2 seeded Faribault Bethlehem Academy 5 p.m. Wednesday as it moves to the double elimination portion of the tournament. FBA and BP split the regular season series with BP winning 7-4 April 24 and FBA winning 5-0 May 18.

“It’s meant a lot playing with this team and this year we came together a lot more than in the past seasons,” Baldwin said. “It’s going to be interesting to see what we can do this year. We got our bats going today and that was good.”

LP (4-12 overall) has dealt with roster issues for much of the spring and it made matters worse when sophomore pitcher Miranda Arkells was hit by a line drive in warm ups Monday, forcing her to be limited in the circle.

“It’s been a tough year. We’ve lost a bunch of players due to various things,” LP head coach Jeff Yocom said. “The girls just didn’t come ready to play tonight. Blooming Prairie came ready and we just didn’t field the ball. We’ve got a talented team, but we’ve been switching people around all year and that’s been tough.”

A majority of LP’s players are sophomores or younger so Yocom likes the potential of his team in years to come. However, LP will miss senior Danielle Hinz, who has been a long-time varsity contributor for the Athletics. 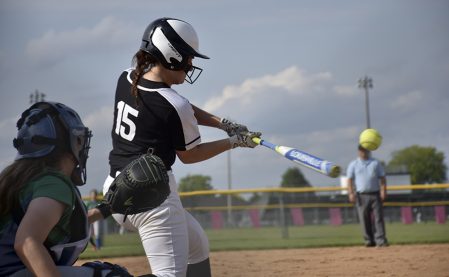 “Danielle will be a very huge loss,” Yocom said. “She’s been a great team leader for us and she’s volunteered to help with everything.”