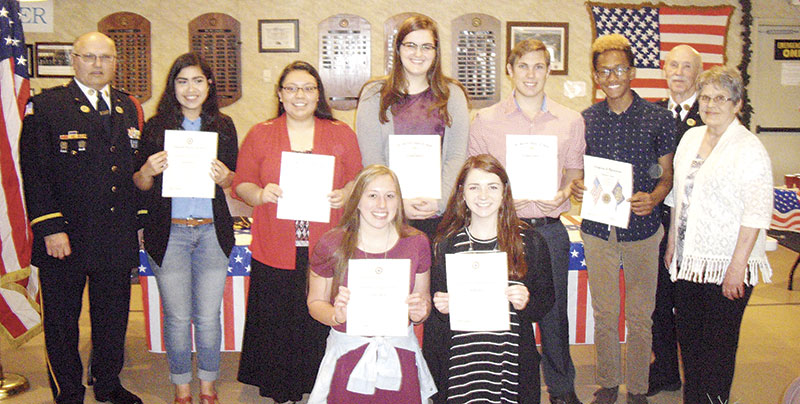 The American Legion and Auxiliary annual Americanism Awards were presented on Sunday, April 23.

Critieria for being Boys and Girls State representatives includes being a junior, being in the upper 50 percent of the class, being a leader, being enthusiastic, having good personality and character, geting along with others, interested in a citizenship program, and demonstrating quality work in the classroom and the community. These representatives attend a week-long program in June. Girls State is held at Bethel College, and Boys State at St. John’s University. Students learn about local, county, and state government and are exposed to the responsibilities of American citizens.

The qualities for choosing the Americanism recipients are courage, honor, leadership, patriotism, scholarship, and service. These qualities are inscribed on the medallions they received. This is the highest honor awarded American youth by the American Legion.