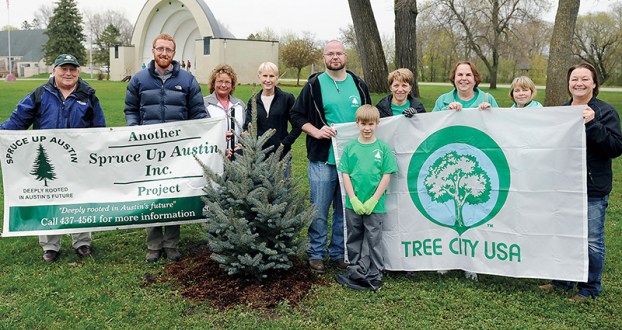 A tradition of trees

Spruce Up Austin kept a tradition going last week when it planted trees around Austin for Arbor Day.

Two trees were planted at Bandshell Park in honor of Spruce Up members Renee Wangen and Greta Anderson.

Spruce Up donated a tree planted at the nature center, while the tree at utilities was to honor them for their donations of money over the years. 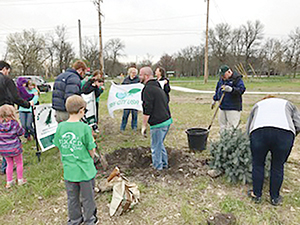 While Spruce Up plants trees around the day each year, Austin has a long history of tree-plantings.

Spruce Up planted a blue spruce at the nature center, which Spruce Up member Mike Ruzek said planting on Arbor Day was called very appropriate.

Although the nature center embarks on a new chapter in its history with the establishment of the new interpretive center, Ruzek said it is important to keep in mind Jay Hormel’s profound love of trees.

Ruzek said Jay’s parents, George and Lillian, before leaving the Hormel home in 1928 had four Koster blue spruces transplanted from their home to Jay’s home east of Austin. This was done in December when the ground was very frozen.

Jay went on to plant over 200,000 trees on his property which eventually became the Jay C. Hormel Nature Center.