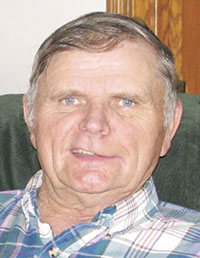 He was born July 13, 1936, to Alvin and Ethel (Swenson) Larson and attended grade school in Ostrander, Minnesota. While still a boy, he spent many hours studying math with his father, while his grandfather Swenson taught him to drive at the tender age of seven. He also learned farming from his father, and farmed with him on the family farm in Chester, Iowa, where he helped milk and raised his own steers. Roger attended high school in Harmony, Minnesota, and LeRoy, Minnesota, graduating from LeRoy High School in 1954.

While attending college in Austin, Minnesota, he met the light of his life on a blind date. She finished high school, while he completed two years of junior college. The blind date was the girl he married in 1957, Marlys Schocker. Their union was blessed with eight children, Deborah (Reuben “Sam”) Fraser of LeRoy, Robert (Peggy) of Spring Valley, Minnesota (now deceased), Timothy (Lori) of Grand Meadow, Minnesota, Richard (Karla) of Madison, Wisconsin, Jeffrey (Sharon) of Owatonna, Minnesota, Terry (Becky), of Dodge Center, Minnesota, Sheila of Jordan, and MaLisa (Matt) Fundine of Kasson, Minnesota.

Roger excelled in school, and was never afraid to try new projects or tackle hard work. Farming remained his first love, especially working with cattle, sheep and pigs, which he raised at different times. Many of the jobs he took to support his growing family also involved agriculture, including growing peas and pumpkins for the Festal Foods canning company in Owatonna.

Prior to retirement, Roger and Marlys embarked on the ambitious project of building their own house on land near Lyle. Though he had no training in construction, his math skills, native intelligence, and perseverance — and the help of his faithful wife and partner Marlys — resulted in a beautiful country home where he resided with Marlys until health concerns prompted a move to Field Crest Health Care.

He is survived by his loving wife Marlys; seven children; siblings Eileen, Karen (Julian), Janice, David (Shelly), and Diane (Adrian); and many special and beloved grandchildren and great-grandchildren. He was preceded in death by his parents; and eldest son, Robert.

Roger was a wonderful, hardworking husband and father who will be missed by all who loved him.

Visitation will be from noon to 1:30 p.m. on Thursday, April 20, 2017, at Our Saviors Lutheran Church, 103 Pershing St. Lyle, with the Rev. Steven Woyen and Pastor Jane Wiersma officiating.

Funeral services will follow visitation starting at 1:30 p.m. Interment will be held at a later time.