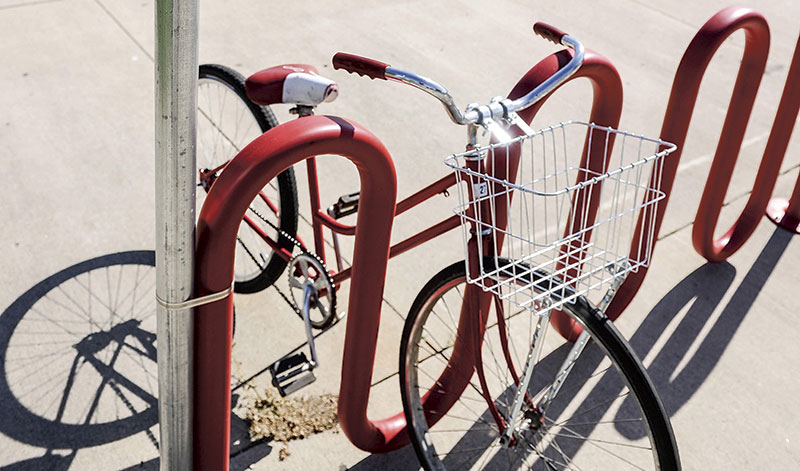 Volunteers will literally roll out the new Red Bike season by riding the bikes to racks around town on May 4 to kick off the second year of Austin’s summer bike program.

Created by the Vision 2020 Biking and Walking Committee, Red Bike allows residents and visitors without bikes to borrow bikes as a means of exploring Austin and encouraging healthy living.

Steve Kime, chairman of the Vision 2020 Biking and Walking Committee, said last year showed the community was enthusiastic about the program.

“We learned that we needed to supply more bikes,” Kime said. “The demand was greater than the supply.”

The committee is hoping to expand the program to 60 bikes this year, up from 30 last year.

According to Kime, volunteers spent over 200 hours cleaning and painting donated bikes in preparation for this year’s program. Rydjor Bike Shop in downtown Austin provided space, tools and advice for the work while Riverland Community College provided a painting booth and drying racks.

“Volunteers were key to the success,” Kime said. “The community response was tremendous.”

The program is based on the honor system — and the program’s slogan is ride, respect, return — but some bikes were not returned last year. To prevent theft, this year’s bikes will have identifying decals. All bikes are considered the property of the city of Austin.

Despite the losses, Kime believes last year’s program was a success.

“I saw people riding the bikes around town,” he said. “I was happy they were in use and not just sitting in the racks.”

Kime hopes to expand the program to include more bikes and racks in the future.

“It’s a community project for the community,” he said. “That we had such a high demand last year and that we have a rider for every bike for the rollout shows the excitement the community has for this project.”

Red Bike racks are located at the following destinations: