Poppe was nominated in recognition of her work as a mentor and role model for people in the agricultural industry. 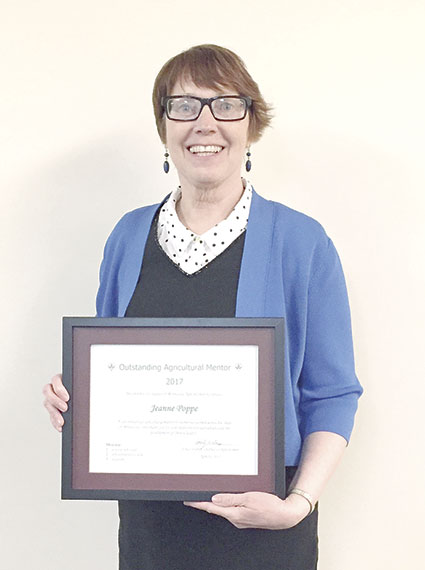 “It was an honor to receive the nomination and be chosen for this award. I am proud to be considered a mentor to our young, upcoming leaders in the agricultural industry,” said Poppe. “Their passion and commitment will serve their community and Minnesota for many years.”

Minnesota Agri-Women is the state branch of the nation’s largest coalition of farm, ranch, and agribusiness women. It is an organization committed to promoting agriculture through communication, education, and networking.

The award is in its 15th year and is designed to recognize mentors to those in agriculture, especially women.