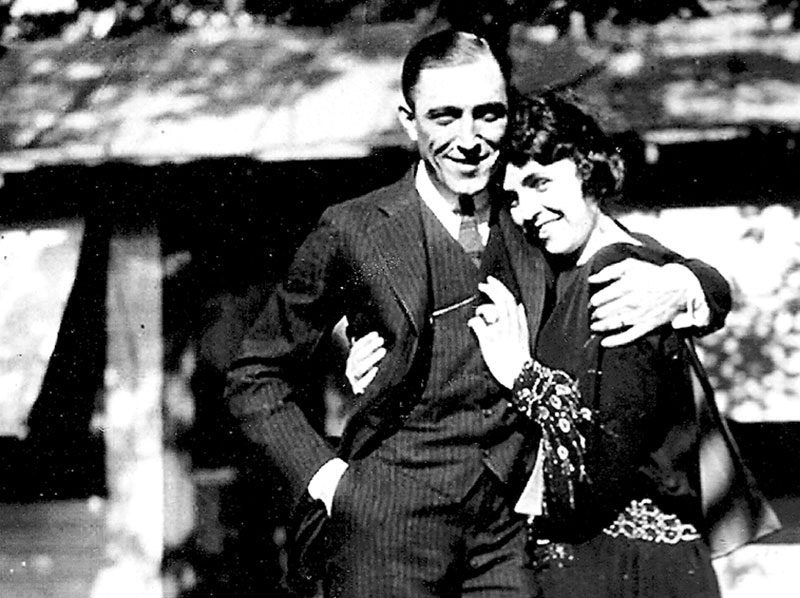 It has been a pleasure researching and sharing the life of Jay C. Hormel with you this month.

He was an amazing man with a wonderful family who left a lasting legacy in Austin. Part of his legacy was bringing his lovely French bride to Austin who introduced her native style and culture to the community. I have heard many say that when they saw her they thought they were seeing a celebrity based on the way she carried and presented herself.

The Austin Daily Herald reported of the marriage on May 20, 1922:

“A cablegram from Jay C. Hormel to his father, Geo. A. Hormel, yesterday morning announced his marriage at Cheshire, England, to Miss Germaine DuBois of La Vernelle, France.

“This is the culmination of a war romance which began when Lieutenant Hormel was with the A.E.F. in France. He was invited, as many of the officers of the American Army were, to be a guest of prominent citizens. At the DuBois home he met the young lady who is now his wife. She studied English from him and he, French from her.

“The acquaintanceship of those war days was maintained by correspondence since. Jay, having finished the business on which he went to Great Britain, went over to France but found when he got there that he was up against the French marriage laws that would delay him in Europe for a longer time than he could spare, so the wedding party went over to Cheshire, England, where in the Presbyterian church they were married at 10 o’clock yesterday morning.

“The happy couple sailed this morning on the Celtic from Liverpool and are expected to be home by June 1.

“Charles Kaufman was one of the Austin boys who met the bride at her home when he was overseas and he says she is beautiful and brilliant and says Jay is to be congratulated on his choice.

“The marriage comes as a complete surprise to all but the members of the groom’s family and his closest friends, but the latter only suspected that he would bring back a bride.

“Mr. Hormel is an Austin born boy who is known by a large circle of friends and acquaintances as “Jay.” He is vice president of the Geo. A. Hormel & Company’s big plant of this city.”

Jay was notorious for doing things his way and that was definitely the case when it came to his marriage.

Dramatic monologues taken from interviews conducted by Ken McCullough, Winona’s Poet Laureate, with farmers and their families who live and work on the Garvin Heights Ridge, outside Winona. Free for members of the HHH, Mower County Historical Society and Friends of the Library. $5 for nonmembers. Light snacks included. Cash bar available.