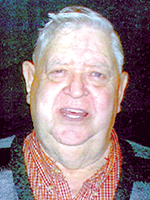 Minar Lewis Bussell was born on Oct. 18, 1929, in Grand Meadow, Minnesota, to Minar Sr and Mina (Kruger) Bussell. He grew up on the family farm in rural Grand Meadow and graduated from Grand Meadow High School in 1947. Minar was married on Dec. 10, 1950, to Barbara Jean Drake at the Bethel Lutheran Church in Rochester, Minnesota. Following their marriage the couple lived in rural Stewartville where they raised their five children and where they continued to live. Minar farmed for many years and was employed by Foster Electric Co. in Rochester for 60 years, where he was known as “Buster,” until his retirement in 2010. Mrs. Bussell is a farm wife and homemaker, was employed at Possibilities of Southern Minnesota for 18 1/2 years. This past December, Minar and Barb celebrated  66 years of marriage.

Minar was a member of the United Methodist Church in Stewartville. He was a member of the Stewartville Masonic Order 203 and the Rochester Kiwanis. Minar was a well-liked Boy Scout leader when his sons were young. At camp, Minar hit the cot early, and all the Boy Scouts liked that. He enjoyed the family farm work, which included raising his registered polled Hereford cattle and his beekeeping hobby. Minar also enjoyed meeting friends for lunch and loved time spent with family and friends especially enjoying his many grandchildren.

He was preceded in death by his parents; step-sisters, Ada Bussell and Florence Bussell; two sisters, Marion Jensen and Lois Van Ripper; and brother, Harry Bussell.

The funeral service will be held at 11 a.m. on Wednesday, April 19, 2017, at the United Methodist Church in Stewartville with the Rev. Wayne Souhrada officiating. Burial will take place in Grandview Memorial Gardens in Rochester.

A time of visitation will take place from 5 to 7 p.m. on Tuesday, April 18, 2017, at Griffin-Gray Funeral Home in Stewartville and one hour prior to the service at the church on Wednesday morning.