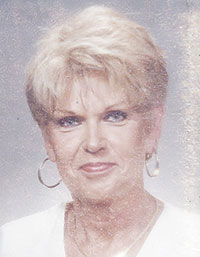 Mary grew up on a dairy farm in rural Blooming Prairie, along with her three brothers. After her marriage to Ivan, they lived most of their life in Austin, Minnesota. In 1989 they moved to California for seven years, and then moved back to the Rose Creek/Lyle area to be near family.

Over the years, Mary was an avid bowler, had many jobs waitressing, was a consultant for Nutrisystem, worked as a nursing assistant at Comforcare, worked as a secretary at Grandview Memorial Gardens alongside her mother, Cora. She was also a counselor at the Sheriff’s Youth  Boys Ranch and worked as a dental assistant for Dr. Ryan in Austin. While living in California, she worked as an office manager for McNeilus and also had an antique business in California. After moving back to Minnesota, she opened up a framing business, FastFrame Gallery and Silver Pear gift store for 17 years, 10 years in Rochester and the last seven years in Lyle.

Mary loved cooking for her family, boating, traveling, reading, but most of all, spending time with her family.

Mary was fortunate to travel to all parts of the United States along with trips to Jamaica and Africa where her brother Tom worked. She also took her daughter and granddaughter multiple times to Paris and London which were trips of a lifetime.

Mary dedicated her life to her husband of 59 years and her children, grandchildren and great-grandchildren. Mary was beautiful inside and out and had a passion for everything she did in life. Mary was selfless, always putting others first and her generosity touched the lives of so many. She could light up a room and had a style all of her own.

She was preceded in death by her parents, George and Cora Winn; daughter, Deb Semmann; and brothers Tom and Jim Winn. Blessed be their memory.

Funeral services will be held at 11 a.m. on Thursday, April 20, at Red Oak Grove Lutheran Church with the Rev. Barbara Finley-Shea officiating. Interment will be at the Udolpho Cemetery. Visitation will be at the church one hour before the service.