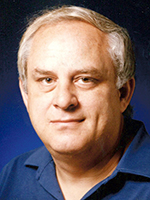 John William Glynn, 73, passed away at his home near Ellendale, Minnesota, April 25, 2017, after a one-year battle with pancreatic cancer.

John was born to Wesley and Eleanor (Christensen) Glynn on Aug. 22, 1943, in Austin, Minnesota. At the age of 10, he spent a summer fighting polio at the Sister Kenny Institute in Minneapolis. He graduated from Austin High School and went on to Hamline University where he played football and earned a bachelor’s degree in English. After college he accepted a teaching position at Ellendale-Geneva High School and also coached B-squad football. In 1966, John was drafted into the U.S. Army and served two years in Vietnam. He returned to teaching and coaching after being honorably discharged.

John loved music, especially Bruce Springsteen, Pearl Jam, and all kinds of jazz. John also loved doing the New York Times crossword every day. He split hundreds and hundreds of cords of wood with a maul and wedges. He especially enjoyed his Friday Club Friends. He had many dogs and cats over the years, especially his beloved dog “Pepper.”

He was much loved by his dogs, cats, family members, and all who knew his kind and gentle ways.

John was steadfast in not wishing to have a formal funeral service. There will be a time for friends, family, and the community to gather in celebration of John’s life from 3 to 7 p.m. on Wednesday, May 3, 2017, at the Ellendale Community Center with a time for memory sharing at 5 p.m. Military honors will be accorded by the Ellendale Veterans Organization.

Memorials are preferred to the Homestead Hospice House of Owatonna and the Steele County Humane Society.

Bonnerup Funeral Service is in charge of arrangements.