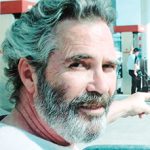 A father, brother and friend, John was born in Chicago and grew up in Austin, Minnesota. John attended St. Augustine Grade School and graduated from Pacelli High School. John lived in California and Illinois but made his home in Marion, Iowa, for more than 40 years. John was preceded in death by his mother, Irenaea L. Wedding, and father, Kenneth J. Wedding, of Austin. John is survived by his two children, Shannon Wedding and Sean Wedding, both of Cedar Rapids, Iowa.

John was one of the rare people who once you met, you would never forget. John was defined by his love for his children and his love for family. John was a survivor of polio (infantile paralysis) and carried that indomitable spirit with him always.  He grew up with a love of cars, motorcycles and all things mechanical. John spent a good portion of his working career at Iowa Manufacturing and other manufacturing concerns in the Cedar Rapids area, applying his mechanical skills as a production manager. John was one of those people that could fix just about anything.

John was a gifted artist who could create a stunning personal portrait, nature scene or a customized car or motorcycle that would amaze. He loved the outdoors, loved to fish and loved spending time at his getaway in Waubeek, Iowa, on the Wapsipinicon River. John also loved music and attending concerts, particularly the New Orleans Jazz Festival. But more than anything, John loved his children, Shannon and Sean.

A “Celebration of Life” will be held the second week in July at Waubeek. In lieu of flowers the family requests that you make a contribution to your favorite charity in John’s name.