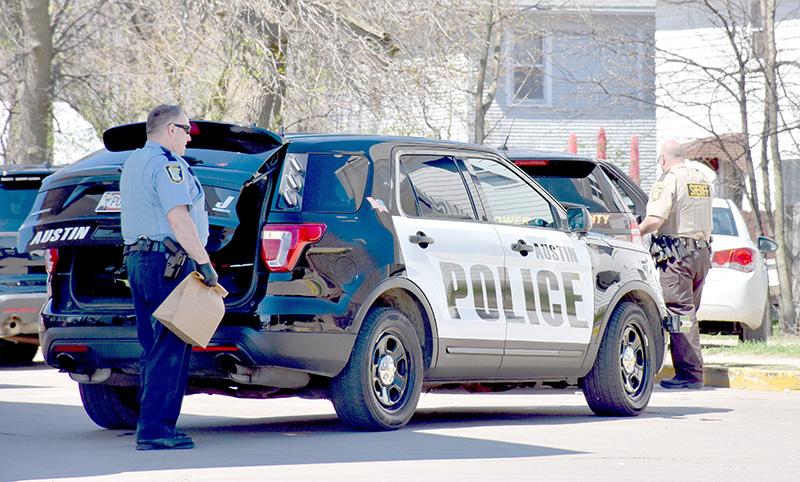 Two Faribault teens were arrested Monday at an Austin gas station for allegedly stealing a car and driving it to see friends.

The officer approached a blue 2006 Chrysler Sebring with all the doors open and six people inside. The car had been reported stolen Monday morning in Faribault.

Backup arrived and secured the scene. Two males ages 16 and 17 from Faribault were arrested for vehicle theft and taken to Many Rivers Juvenile Detention Center in Rochester; their case has been forwarded to the Mower County Attorney’s Office.

Four Austin teens — three females ages 14, 15 and 16 and a 16-year-old male — were released to responsible adults.

The owner of the Sebring, a 65-year-old man from Faribault, was making arrangements to pick up his vehicle.

The Faribault teens were reportedly coming to see friends in Austin.