An Austin man arrested after leading police on April 6 chase has pleaded guilty. 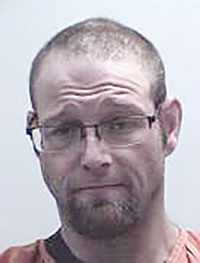 Bailey David Fennell, 37, pleaded guilty in Mower County District Court Thursday to a felony for fleeing a police officer in a motor vehicle.

He had also been charged with three misdemeanors for possessing more than 1.4 grams of marijuana in a motor vehicle, careless driving and driving an uninsured vehicle, along with a petty misdemeanor for speeding.

According to a Mower County sheriff’s report and court records, Fennell fled from a sheriff’s deputy at about 8 p.m. April 6 after the deputy initiated a traffic stop when Fennell allegedly ran a stop sign at the corner of First Street and First Avenue Southwest.

Fennell stopped the Cavalier in an alley of the 600 block of Eighth Avenue Southwest and attempted to flee on foot. He was arrested after jumping a fence into a backyard of that block.

He was searched and had 1.37 grams of marijuana.