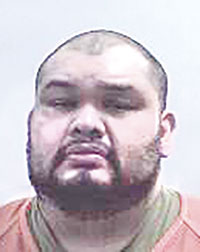 An Austin man whose conviction on 2014 burglary charges was reversed by the state’s appellate court is nearing a new plea agreement, while his brother will serve three years of supervised probation for his role as the getaway driver in the case.

Daniel Irlas, 37, has pleaded guilty as part of a plea agreement for a felony first-degree burglary charge. The plea agreement calls for a sentence of 75 months — or six years and three months — in prison.

However, the Minnesota Court of Appeals in December reversed his conviction and remanded the case back to Mower County District Court for a new trial.The appellate court found that Danial had his rights violated under the confrontation clause after a witness invoked the Fifth Amendment during his trial. He is scheduled for sentencing on May 11.

He has already served more than 840 days. 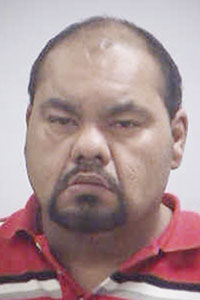 His brother, Juan Irlas, 44, was sentenced Thursday in Mower County District Court to a stayed prison term of 15 months, which means he’ll serve three years of probation as long as he follows 22 conditions.

He pleaded guilty to last year to felony aiding an offender as part of a plea agreement after originally facing two more felony charges of aiding and abetting during a burglary — one for possessing a weapon and one for assaulting someone in the building.

According to the court complaint, the victim stepped into a fight Daniel had with his girlfriend in the early morning hours of Dec. 26, 2014, at a friend’s house because the victim didn’t like Daniel getting physical with a woman. Daniel later told police he went to the home to collect $400 from the friend, and took a dog and a small lock box as payment.

Daniel allegedly stole an iPod and a speaker and punched the victim.

Daniel allegedly then went to the home where the victim was at about 4:45 a.m. on the 26th. When the victim answered the door, Daniel and two unidentified men assaulted and stabbed him, according to two witnesses at the home who went to get help.

Police determined that one of his companions was Ernesto Angel Salinas of Austin. According to the complaint, Salinas’ mother, after talking to detectives, alleged the third suspect was Willie James Britten III and claimed he was with Daniel and Salinas at the time of the assault.

The victim suffered a broken nose, two stab wounds to the torso, including one that pierced his diaphragm and a contusion on his left ear.

Salinas eventually entered a guilty plea on reduced charges, with the understanding he would testify at Daniel’s trial. His testimony during the guilty plea implicated both Daniel and Britten as having participated in the assault.

The court agreed with Daniel’s defense who argued that since Ernesto Salinas had invoked the Fifth Amendment privilege and when it was paired with Salinas’ absence from court when his plea transcript was entered as evidence, the confrontation clause was violated. That clause assures a defendant a chance to face his accuser in court.
—Reporter Deb Nicklay contributed to this report.