Capturing nature in flight: Bruce Lees follows his love of birding through the camera lens 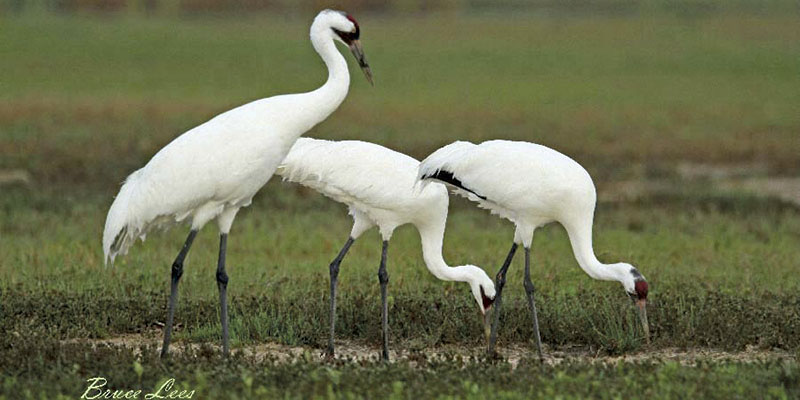 A picture of whooping cranes taken by Bruce Lees. There are only 472 left in the world. Photo provided

Bruce Lees sat at his dining room table, covered in photographs of various bird species of all shapes, sizes and colors. Each image was shot with a skill equal to that of a professional photographer.

“I’m a hard-nosed birder,” he said with a laugh and a smile.

A native of Austin, Bruce Lees has spent many years and countless hours photographing wildlife.

“Wildlife has always been my interest,” he said as he observed photographs of a fox he took near the Jay C. Hormel Nature Center. “I photograph foxes, skunks, whatever I can find.” 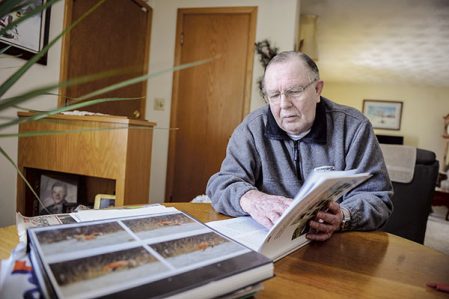 “Birds are my main thing because there are a lot of them around and I can do it year round. It’s not affected by the change in the seasons. I go out and I spend hours in one spot and just pass the time.”

Lees’ love of photography began when he had to use cameras in his jobs.

“I’ve always had a camera,” he said. “When I was part owner of the (Van Grant, now Morehouse) print shop, we had an eight by eight camera that we would roll back and forth to reduce or enlarge images. That piqued my interest.”

“I would go out and investigate houses, so I always had a camera with me. I never drove the main roads. I would always go the back roads because I saw more.”

A patient photographer, Lees has been able to capture images of unique moments.

One such moment was that of a blue bird in flight.

“You wouldn’t believe how hard it is to get a shot like this because they are so unbelievably fast,” he said, showing the image stored on an old iPod.

“These are blue herons fighting,” he said, showing an image of two long-necked, long-beaked birds locked in combat. “They’re fiercely territorial and will fight to the death.”

The fondest memories Lees has of his hobby involve photographing his favorite birds: whooping cranes.

“I have been lucky enough to photograph them in Texas and in Minnesota,” he said of the endangered species. “It’s a wonder to watch them. They’re just beautiful.”

One of the images Lees took of whooping cranes in Minnesota was published in the May-June 2014 issue of Minnesota Conservation Volunteer magazine.

Lees recalled one particular trip to Texas that stood out in his mind. 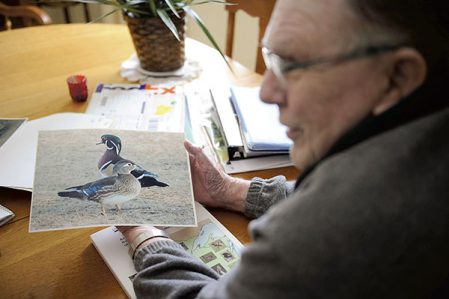 Bruce Lees shows a picture of two wood ducks he photographed. This story and more can be found in the May/June edition of Austin Living, out soon. Eric Johnson/photodesk@austindailyherald.com

“I was in this town with about 50 people from 45 states looking for whooping cranes. Because of the crowd, I was unable to get any pictures of them that first day. My wife and I went the next morning and got fabulous pictures because it was too early for the other people. I was all by myself.”

Lees’ photographs have received plenty of accolades, including first prize at the Mower County Fair for a photograph of a green heron. He has also donated images to the Jay C. Hormel Nature Center for use in calendars and post cards to help raise money. 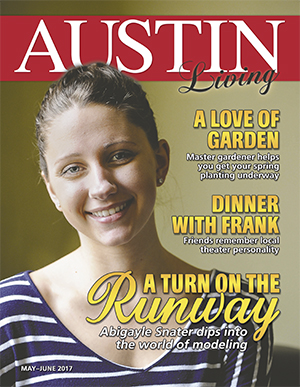 Read the rest of this story in the upcoming edition of Austin Living.

In 2014, he received a call from the University of Minnesota seeking permission to use some of his images.

“They sent me a list of 19 birds that they needed, and I had 17 of them,” he said. “I emailed them the 17 birds and they said they would send me a book. After waiting, I thought it was a farce, but two and a half years later, I got the book.”

The book, “The Analysis of Long-Term Forest Bird Monitoring Data from National Forests of the Western Great Lakes Region,” took the University of Minnesota 25 years to compile and is used by colleges in Minnesota, Wisconsin, and Michigan.

“I’m just honored they would ask me to help them out with it,” Lees said. 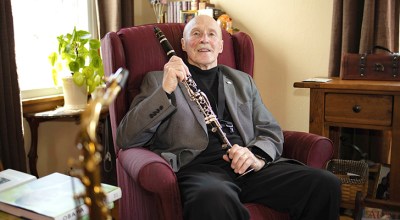 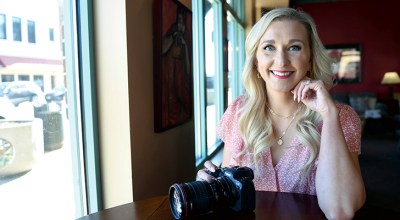 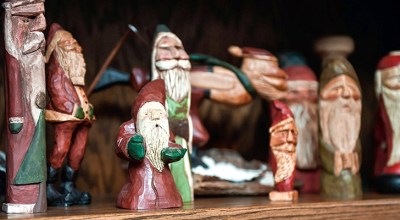