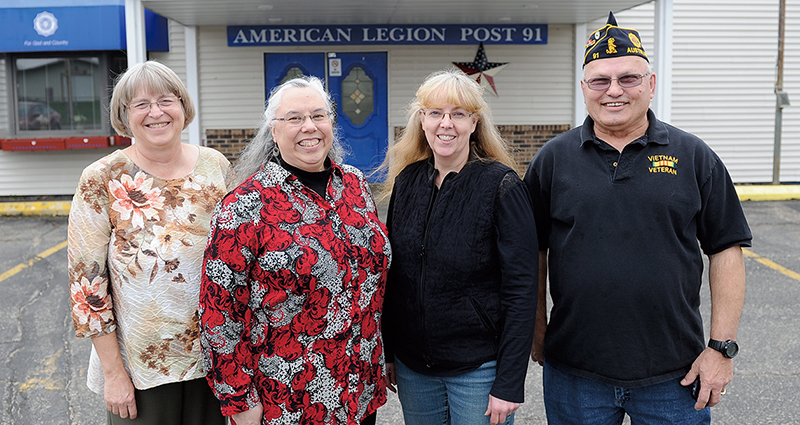 American Legion Spam Post 570 in Austin may have only two members, but they are still an active post.

And to all female veterans in the area, they want you.

“We do need to get the younger vets involved,” said Spam Post 570 Commander Mary Hanson.

“[Jay Hormel] was very patriotic,” said Spam Post 570 Adjutant Eileen Chao. “With women coming back from World War II, he figured they should have an all-women’s post.”

“Jay was very focused on not only representing women, but employees,” said Savile Lord, manager of the Spam Museum and Community for Hormel Foods Corp. Lord is a sponsor of Spam Post 570.

Through its history, Spam Post 570 has seen members ranging from Hormel Girls to the first all-women American Legion Drum and Bugle Corps to compete in the August 1947 National American Legion Convention in New York City. The post was active in patriotic events and philanthropic ventures. 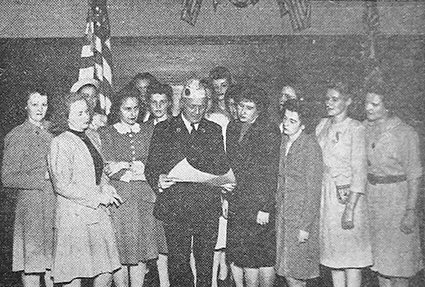 An image featured in the June 21, 1946, edition of the Austin Daily Herald shows a charter presentation to the Spam Post 570. Photo provided by the Mower County Historical Society

“In the later years, they were into women’s health issues, doing baskets at Christmas time for the veterans and the welfare of children,” Hanson said.

But over time, as with many veterans and civil organizations, interest and membership in the post declined.

“It’s simply because people get busy and they’re not as tied to their communities as they have been in the past,” Lord said.

As the only two members of Spam Post 570, Hanson and Chao are hoping to recruit other female veterans.

“We’ve contacted the National American Legion and state level to get their assistance regarding old documentation,” Chao said. “We’re coordinating with them to have articles in both local and state publications.”

Hanson and Chao are not in this alone. They formed a six-member steering group to revitalize interest and have received a great deal of support from American Legion Post 91 in Austin.

“I help them out when they have questions about certain forms,” said Kirk Olsen, commander of American Legion Post 91. “We’ve got signs down at the Post, and if there are any events they want to sponsor at Post 91, they’re free to use the building.”

Hanson and Chao have collected information from Post 91 and Sue Doocy of the Mower County Historical Society. They have also reached out to other female Legion posts for ideas and have asked the Minnesota National Guard Armory in Austin to announce it to female members.

Hanson and Chao also have plans to make Spam Post 570 more visible in the community.

“We’re going to start doing community things, such as the First Thursday events at the Spam Museum,” Chao said. “We want to have a revitalization in conjunction with the 80th birthday of Spam.”

Hormel Foods is celebrating the 80th anniversary of its canned meat with “Eighty Days of Spam,”which will include a celebration at the Spam Museum on July 7.

They also plan to have membership drives in the hopes of increasing their numbers.

“There is so much [female veterans] can do regarding VA benefits and they need to be out their advocating for themselves,” Hanson said. “That’s the only way we can get any change done.”