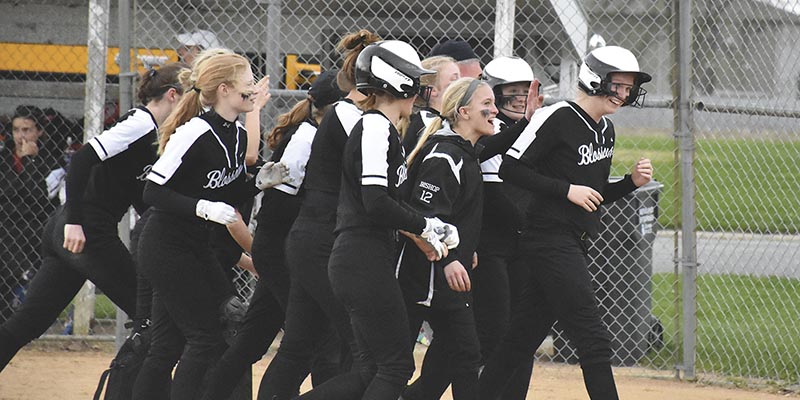 The Blooming Prairie softball team used an early rally and it was able to survive a late scare to win its fifth straight contest in a 7-4 victory over Faribault Bethlehem Academy in BP Monday.

The game was tied at 1-1 when the BP bats woke up in the third inning. Elly Strunk, who had two RBIs while picking up the pitching win, doubled in a run, Emma Christianson doubled in two runs and Julia Worke launched a two-run homer over the left field fence to make it a 6-1 BP lead. 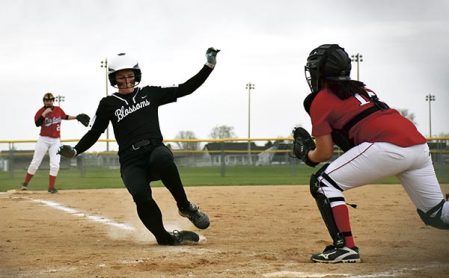 It was the first career homer for Worke, a freshman.

After allowing a first inning run, Strunk held FBA (6-2 overall, 4-1 Gopher) scoreless for five straight innings and the Blossoms (6-2 overall, 4-1 Gopher) led 7-1 going into the seventh. The Cardinals were able to reach base on BP’s lone error of the game with one out in the seventh and then they strung together four straight hits to get within 7-4 before Strunk forced a couple of ground outs to end the game. 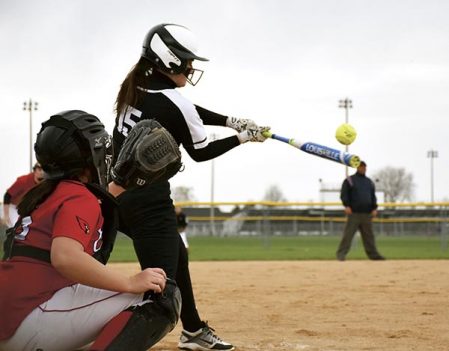 “Everything’s clicking. Everybody’s enjoying it,” Strunk said. “At the end I think we just assumed what was going to happen. We were too caught up in ourselves. We’ve got to remember we’ve got to finish the game and we did that in the end.”

BP racked up 11 hits in the win and head coach Lonnie Lembke said his team, which started three freshmen and an eighth grader, is starting to learn how to string together rallies.

“We definitely have some momentum. Last week was good to us and the girls have been hitting well. In the last couple of games we’ve had some rallies,” Lembke said. “I want to congratulate Julia on her first career varsity home run.” 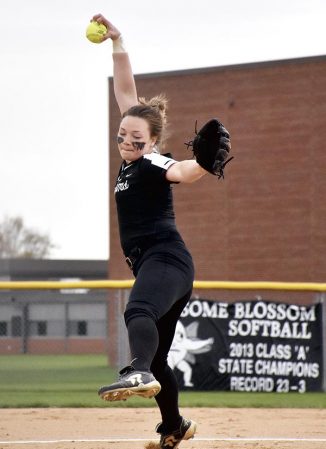