Austin adviser gets big award; Ameriprise’s Thoen named one of top 400 in country 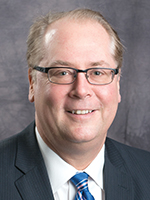 An Austin financial adviser was recently ranked as one of the best in the country.

Gregory Thoen of Austin’s Ameriprise Financial was named on the top 400 financial advisers in the country by Financial Times magazine in March.

“I felt surprised, humbled and honored that we achieved this award,” Thoen said of learning he made the list.

Thoen was one of six advisers to receive the recognition in Minnesota.

Thoen’s career as a financial adviser dates back to 1992, but it has deep family roots.

At 22, Thoen approached his grandfather, Gerald Flaby, saying he was interested in following his footsteps and becoming a financial adviser.

But his grandfather told him to take some time to get some more life experience and enter the field closer to when he turned 26.

After getting into the business and working in various communities, Thoen formed what’s now Ameriprise with Webb Davis in 2000 in Austin, where they’ve been practicing with fellow partner Randy Kramer since.

Still, Thoen said he never dreamed of working 25 years, much of it with a firm like Ameriprise.

Among peers, the top 400 list is a prestigious award, Thoen said. But Thoen was quick to call the recognition a team effort, as he praised the Ameriprise team members for their hard work.

“It was a collective effort,” he said.

Amerprise does comprehensive financial planning, estate planning, tax planning and more, and Thoen says they put an effort on continued education and thrive to put the focus on their clients.

Thoen thanked the Ameriprise team in Austin and their clients.

“This award would have never been achieved without that,” he said.

In naming the top 400, Financial Times talked about how financial advisers have needed to be steady as they lead clients through an uncertain market, which has been in flux during the transition from Barack Obama’s to President Donald Trump’s administration. That’s come with rule changes and the potential for rule changes, and many of those are uncertain right now.