A place to train: MMA Gym finds a new location 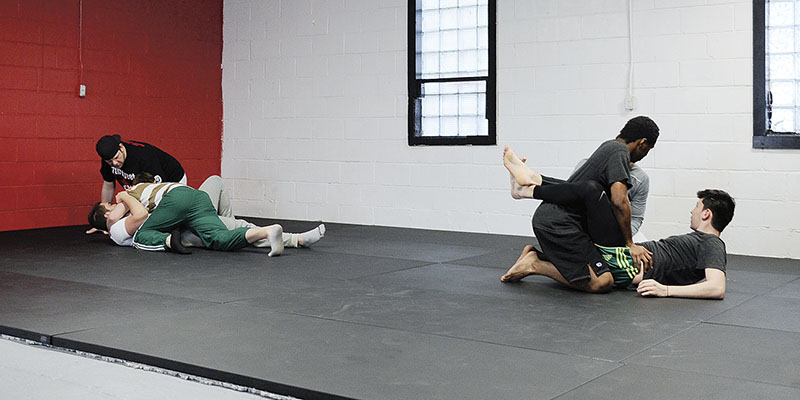 Jared Lange of Austin is doing everything he can to keep Mixed Martial Arts going strong in town and now he has a new location to teach the sport.

Lange recently moved his MMA operation from his garage to a new location. The gym, which is called 7th Street MMA, was started by Lange in October of 2015 is now located in an old car garage at 605 10th Dr SE in Austin. Lange said his eyes were opened to the possibility of starting up in a new space when the MMA fights in the Holiday Inn back in March drew a lot of supporters.

“Before that fight in March, I thought we’d be in the garage forever,” Lange said. “But the reception was so big. Like half the crowd had a 7th street MMA shirt on and I was so blown away by the support.” 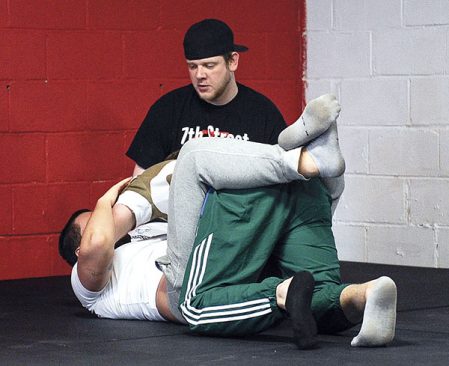 Lange named the operation 7th Street MMA because his garage faces 7th street, and he figured he would keep the name, even though the location has now changed.

Leon Delgado of Austin has been training with Lange since he took up MMA fighting in 2013 and he said the new location is a much better spot for training. Delgado also said that Lange has plenty to offer for up and coming fighters.

“Jared has plenty of knowledge. He’s been in the cage and he has experience to share,” Delgado said. “It’s a friendly environment and it’s not like any other gym where you come in and you’re just a body. You’re actually part of a team and it’s just a different atmosphere.”

Lange used to be an MMA fighter himself, but right before his first amateur title shot in 2015, he was diagnosed with an autoimmune disease that affected his balance. That kept him from ever fighting again and ever since then Lange has taken joy in training fighters like Delgado and watching them grow in the sport.

He’s also open to teaching fighters who are just getting started in MMA.

“We’re very rookie friendly. Those are the ones I can teach the most,” Lange said. “It’s priceless [to coach MMA]. All of the coaching here is volunteered and all of the membership fees are just to pay the rent. I’m probably going to lose money on this in the end, but I’m doing it for the love of the sport.” 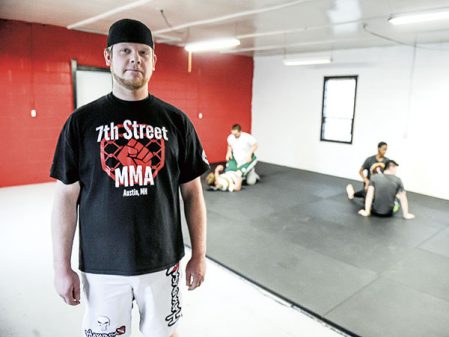 Lange said he received a lot of public backing when he moved 7th Street MMA to its new location.

Lange said the best way for anyone to join 7th Street MMA is to connect with the gym on Facebook.