Two people were arrested Thursday afternoon after one smashed the window of a couple’s van, causing a passenger to sustain injuries to his eyes and face.

Vondale Lamar Kincaide, 39, of Hastings was charged Friday in Mower County District Court with felonies for being a violent felon in possession of a firearm and second-degree assault with a dangerous weapon, along with a misdemeanor for fourth-degree intentional damage to property. 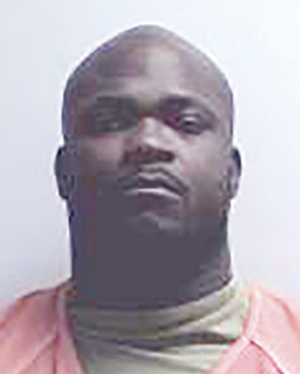 According to Austin Police Chief Brian Krueger and court records, officer’s responded to a call at the 1900 block of Fifth Avenue Northwest at 3:02 p.m. on April 27.

A male and female at the residence said they were planning to leave in their van when a full-sized SUV parked behind them, blocking them in. A man, later identified as Kincaide, approached the vehicle and began yelling at them to open the window or door. He then smashed the passenger side window with a shotgun, injuring the male passenger. Kincaide then got back into the SUV, which left the scene. The victims said the SUV had a sticker of the Virgin Mary on its back window.

The injured passenger briefly talked to police but could not open his eyes for fear glass was in them. He was sent to Mayo Clinic Health Systems to be treated for glass fragment injuries to his eyes and face.

Sheriff deputies stopped the SUV, a 1998 Ford Expedition, on Highway 56, about a quarter-mile south of Brownsdale, where they arrested Kincaide.

Reyes was also arrested under suspicion of driving Kincaide to the site of the attack.

A woman present during the incident told police she was looking in her purse when the window was broken, but she heard an argument and then glass breaking.

She had gone inside to use the bathroom of a residence and came back to find the shotgun was no longer in the SUV.

She gave officers permission to search her vehicle, which has a trunk release button. Officers recovered the weapon, a Remington 870 tactical shotgun rifle, in the trunk of a 2004 silver Oldsmobile Alero at a residence on the 1000 block of First Avenue Northwest. The female resident was interviewed, but not arrested.

Kincaide is scheduled to appear in court next on May 11.

—Jason Schoonover contributed to this report.