Lloyd Oswald Richardson, age 93 of Austin, Minnesota, died peacefully at his home surrounded by his loving family on Wednesday, March 1, 2017. 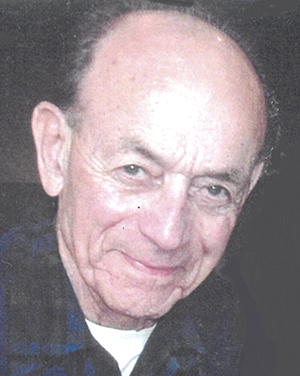 A 43-year employee of Hormel Foods, Lloyd had land near Dexter where he raised pigs and chickens. He also lived in LeRoy and Albert Lea. Lloyd enjoyed playing basketball and going fishing.  He married Shirley Magnuson on Dece. 6, 2007 at the Albert Lea Courthouse. A very devoted husband with a very giving personality, Lloyd cared deeply for Shirley’s children and grandchildren.  Heartland Hospice staff members were very caring and dedicated in caring for Lloyd.

He was preceded in death by his first wife, Esther (Nestrel) Richardson; his parents; one brother; four sisters; one half brother; one half sister.

Funeral services will be held at 11 a.m., Wednesday, March 8, 2017 at Grace Baptist Church in Austin with Pastor Devin Larsen officiating. Friends may greet the family one hour prior to the service at church.  Interment is at LeRoy Cemetery with military rites by American Legion Post 91. Worlein Funeral Home of Austin is assisting the family with arrangements.