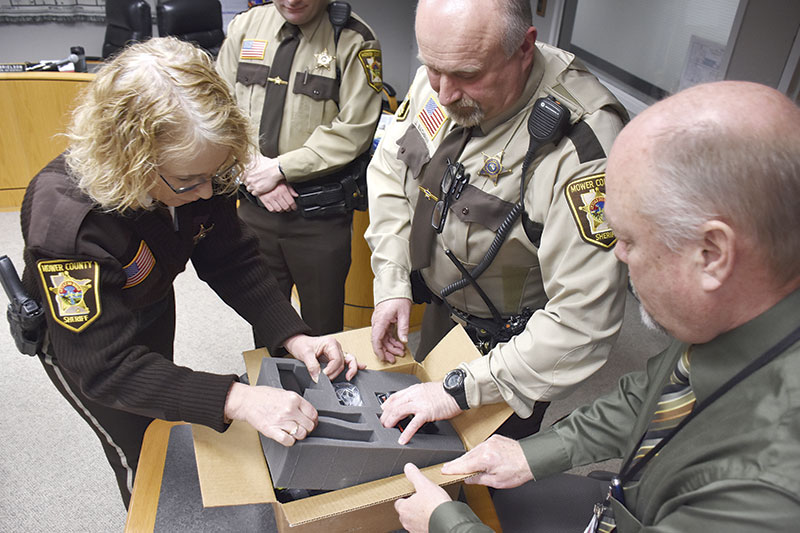 The Mower County Sheriff’s Office got a roughly $3,000 thank-you from a state agency for participating in various traffic efforts.

“It’s a good tool to have,” Amazi said, noting it was not in her budget. 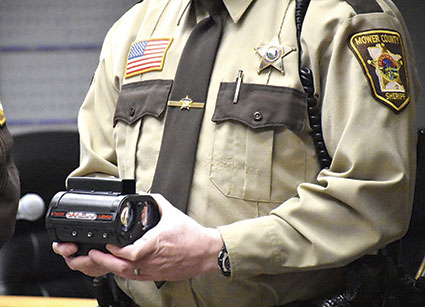 The sheriff’s office was picked to receive the quarterly thank-you from the state office. In October, the department issued 11 seatbelt citations and made eight DWI arrests during an enforcement period.

“That’s getting eight people off the road and what’s great about that is you can’t measure how many lives they may have saved during that time period,” Swanson said.

“This is all about them today,” McKichan said. “Our sheriff’s department does a phenomenal job.”

“This is well deserved for their department,” he added.

Deputies Jamie Meyer, who coordinates Mower’s TZD, and Deputy John Bachman, who often works the overtime hours, attended the meeting, and Amazi thanked them for their work.

“We just do appreciate all the work you guys are doing,” Amazi said.