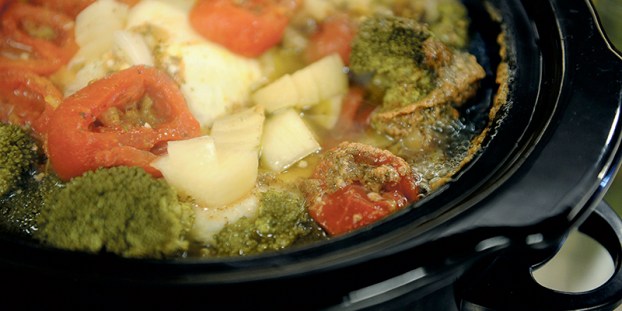 A crockpot of savory chicken is a good way to fight back the winter blues. Eric Johnson

Let me set the table for you.

It’s been snowing all day — 4 to 6 inches of the white stuff you’ve been dreading all year. The plow just went by and added another 12 inches to the end of your driveway and you have a lot of snow blow by the time the light fades.

And it’s cold — bone-chillingly so. All you want is a warm meal.

You come in the house and the smell is the first thing that gets you. Nice, hot, spicy chili that’s been cooking all day, just waiting for you as day slides into night.

Such is the joy of crockpot cooking.

“I use mine all the time,” Hy-Vee chef Kristine Wolner said to a group of around 50 ladies during a recent Home & Hearth event at the Hormel Historic Home.

Later in the presentation most everybody raised their hands when Wolner asked, “Who here has a crockpot at home?” It demonstrated just how much of a mainstay in the kitchen a crockpot is. 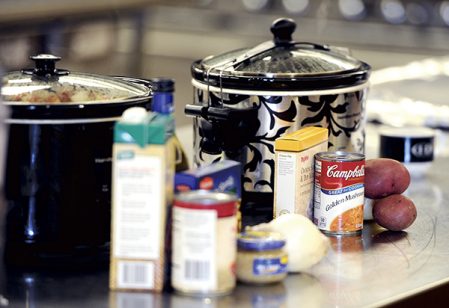 The beauty of crockpot cooking is the versatility it offers in terms of ingredients and how the meals are prepared. Eric Johnson

The crockpot is a slow-cooking method of preparing a meal. A device that lets you cook a meal throughout the day without so much of the preparation needed for other meals.

It’s especially handy in today’s society where time isn’t necessarily the commodity it used to be.

“It’s the ease,” Wolner said after her presentation. “The convenience of prepping [the meal] going to work and then coming home to a prepared meal.”

The crockpot is a versatile took to have in a number of different ways. There is of course the ease of cooking. Combine the ingredients in the morning, go to work, and then come home to the finished meal.

There is the versatility of what it can be used for: Soups, stews, meats even desserts — all of these can be used with a crockpot. 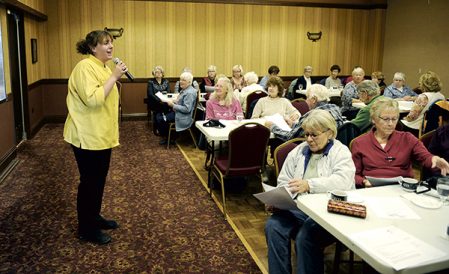 Chef Kristine Wolner talks about the benefits of crockpot cooking during a Home and Hearth seminar at the Hormel Historic Home. Eric Johnson

“People can now be versatile,” Wolner explained. “They need to be able to do a bunch of stuff.”

Another way the crockpot showcases its versatility is when it comes to the preparation of healthier meals.

In today’s society where healthy eating is taking more and more of the center stage in dining, the crockpot makes it possible to get all your healthy needs into one, easy meal. 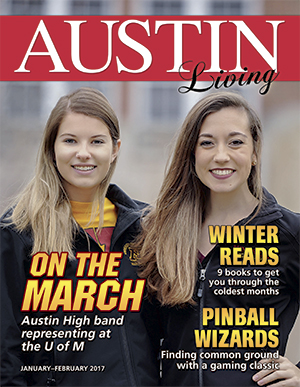 AS found in the latest issue of Austin Living Magazine

“It’s so easy to put in a good, lean piece of meat, whole grains and vegetables into one meal,” said Hy-Vee registered dietitian Courtney Kremer. “It saves time and it gives people less excuses for not eating healthy.”

And the options expanded from there in the types of meats that are both tasty and healthy including lean beef rounds and loins, some pork and of course chicken breast.

And perhaps the crowning achievement of the crockpot is how much food can be made.

It’s easy to carry one meal into the rest of the week or even further by preparing a good amount of food at once and freezing it, thus making it available down the line for those simple meals.

And of course, those blessed leftovers that only seem to get better with reheating.

“You go on a Sunday, prep two or three meals and then make up a full batch for four or six [people] and package up that leftover stuff,” Wolner said.

A beer buddy for a good chili 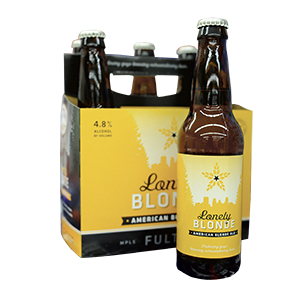 A favorite of many people when using crockpots is a nice batch of chili and with that could be paired a bottle of beer to complete the meal.

“It would be a good contrast to the spice,” he said. “It’s just a super good beer.”

Wahlstrom describes Lonely Blond as being nice and soft that isn’t as hoppy as some beers and won’t overpower the flavors in the chili.

Hayfield finishes a big week with a big win

The Hayfield girls basketball team finished off its biggest week to date this season on a high note as it... read more