Packers used second half run to pull away from Panthers 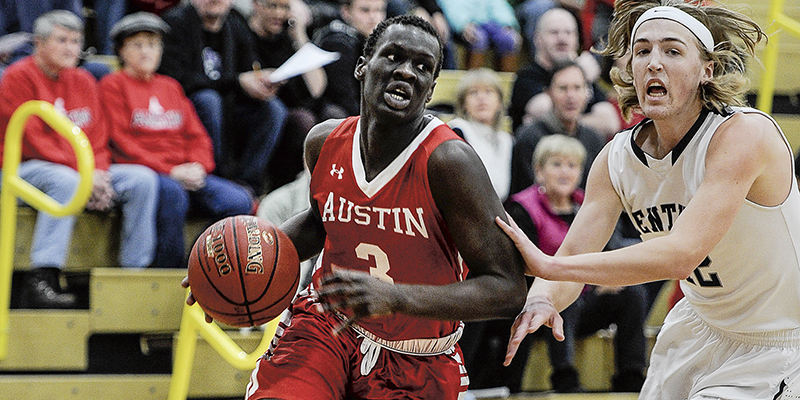 The Austin boys basketball team turned on the switch at the right time as it beat Rochester Century 70-32 in Packer Gym Tuesday.

The Panthers (1-8 overall, 1-4 Big Nine) were within 34-24 early in the second half when the Packers cranked up the pace and put together a 34-4 run that saw Austin pile up a flurry of breakaway dunks.

“Some shots weren’t falling [early] and we were lacking energy,” said Austin guard Tate Hebrink, who had 13 points, eight steals and five assists. “We needed to go on a run.”

Austin’s Oberbroeckling rips down a rebound during the first half against Rochester Century Tuesday night in Packer Gym. Eric Johnson/photodesk@austindailyherald.com

Austin’s bench helped get the rally started after a line change. The Packer bench has been a big factor throughout the season so far and they’ve embraced the mentality of coming in with a lot of energy.

“When the starters are slacking sometimes, you’ve got to come in and give some energy,” said Austin forward Moses Issa, who had eight points. “Then they come back in the game and they take off. We have a lot of chemistry and we play a lot together over the summer.”

The Packers (7-0 overall, 4-0 Big Nine) struggled to find their offense in the the first half as they settled for a few too many three point attempts.

“I thought we were a little selfish offensively. I thought the ball was sticking a little bit and we weren’t helping guys get shots,” Austin head coach Kris Fadness said. “Hopefully [taking out the starters] served as a nice wake up call, because I was frustrated with the way we were playing. I’ll give Century’s coach credit and I’ll give their players credit, because they’re young and they physically and athletically don’t really match up with us. He had them competing with us in the first half.” 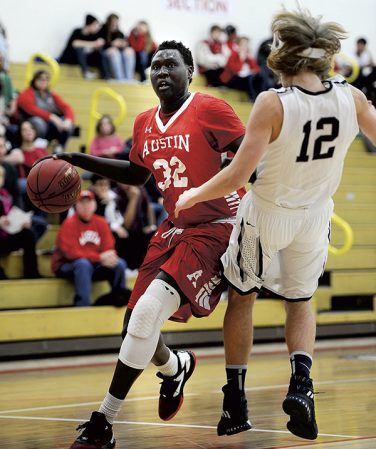 Duoth Gach had 16 points, three rebounds and three assists for Austin and Oman Oman and Kyle Oberbroeckling each had eight rebounds. 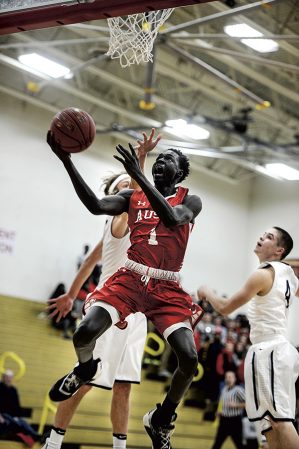 Austin’s Both Gach if fouled on the way to hoop during the first half against Rochester Century Tuesday night in Packer Gym. Eric Johnson/photodesk@austindailyherald.com 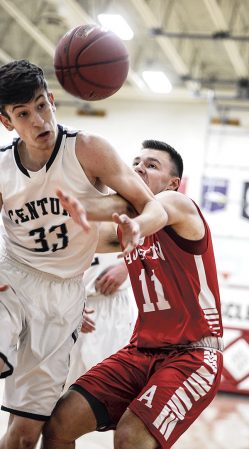 Austin’s Tyler Tupy gets tangled with Rochester Century’s Mustafa Muminovic going for a rebound during the first half Tuesday night in Packer Gym. Eric Johnson/photodesk@austindailyherald.com